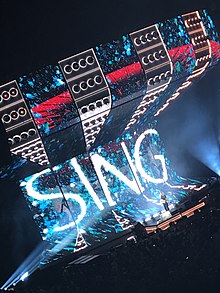 This is an incomplete list of the highest-grossing concert tours. Only tours using reliable references and having grossed over $100 million (adjusted for inflation) have been added to the list. Some of the gross may be higher than reported on this list because not all concerts are reported. Billboard and Pollstar regularly provide the official figure of concerts' gross revenue worldwide. Tours that span multiple decades are included in the decade that they concluded. In bold, the tours which,...

Look at the link, he’s at the top…

I did. That’s what’s crazy about it.

I dont know who Ed Sheeran is, but I respect him for bumping bono down the ladder.