Holy fuck at this supply chain

also don’t have to hawk my overpriced knives

Plenty of members have his knives and understand the amazing quality, attention to detail, and frustration he puts in each knife to make sure that they are elite. This is why his raffles sell out in minutes. Alto could let the raffles be open and not capped and make three times as much, but he doesn’t.

Get that Allen’s, bub.

I think the most Maine I’ve ever felt was when my brother and I were drifting in his boat, drinking sunset beers on Merrymeeting Bay. Some redneck-y guy idled up to us in his craft, looked us over, and said, “you got a Grumman with a Merc, bub.” We nodded, tossed him a beer, and he idled off without another word.

But you had no grounds for assuming that. Shingles aren’t either good or completely fucked, they exist across a wide spectrum between those two extremes. If NC decided it’s not time to change his shingles, that doesn’t mean he lives paycheque to paycheque. The lady doth protest to much, me thinks. I can’t see any reason why someone would be so defensive about other people’s spending habits.

The World Economic Forum elites are prepping us all for their cyber pandemic hoax, which will fuck the supply chain even more. They’ve literally told us they are going to create it already, just like they did when they hosted Event 201 to tell us the COVID hoax was about to start and how they’d manage the propaganda for that. Whatever they can do to usher in the “Great Reset”. That plus it’s aliens and pee. No really aliens are real, our Governments said we are allowed to think so now.

lol, I can totally see that happening, god I love Maine 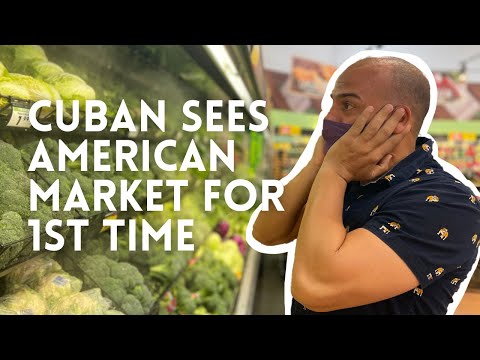 Not surprised you have trouble reading.

That plus it’s aliens and pee. No really aliens are real, our Governments said we are allowed to think so now.

Yeah aliens are another huge hoax that people eat up. It distracts them from the other shitty stuff the elites are doing behind the scenes.

we of course all thought this was grandmas gold hoard, but it was actually aluminum foil. aluminum foil collected and folded so carefully and so precisely it all looked like pieces of sheet metal. and so much of it that little box probably weighed 25lbs.

Btw. Send me a price list. I need some laughs

STFU and get lost you miserable asshat.
We are talking about the supply chain and I’m tired of reading your asshoe posts in here.

It seems that almost anything a person is looking for is hard to find lately. I purchased a new truck and also a new side by side in the last 6-7 months and had to drive to different states to find the dealerships that had models I was looking for. I actually had to order the truck and wait 2 months for it to be delivered to the dealership. Anyway I’ve recently decided that I got lucky in both cases as I got deals on both and I’m going to hold off buying shit until this all blows over, whenever the hell that may be

Yeah my grandma was the same. She’d walk to grocery store and buy fresh veggies every day. I remember going there as a young lad and she’d just rave about how great it is to have fresh food whenever you want. I still don’t really understand stand it, but I know enough about life when and where she grew up that it makes sense. It’s scary to me that better things get, the more miserable people (in general) become.

People find happiness in fulfilling a purpose such as overcoming struggle.

When all struggles are overcome people are lost and bored, because they lost their purpose.

Bored and lost people are miserable.

But you had no grounds for assuming that.

Jv63’s argument is that people should be more financially prudent and they should buy things when they are at their most expensive. Make of that what you will. I, for one, would highly recommend him as a financial advisor. 10/10.

I’m in the industrial hog side of things.

We’ve been ordered to cut every one down to 8.5 hours a day. Upper management has canceled the production bonuses for everyone but themselves also. My farm was headed for a record breaking year. We’re three months out from our end of the year and I can’t force anyone to do much of anything so it looks like we’re going to grind to a halt somewhere around 88k to the growers.