How can anyone dislike LeBron?

Not surprising. I find it hard to believe that he stayed faithful to his girlfriend from high school, all these years later.

Pretty sure she knows because he’s either too stupid or doesn’t care to hide it.

Lol I was saying this his first year in the league why he would never be as big as Jordan. Mike was amazing on the court plus handsome with charisma. Lebron has that dumb underbite smile like Sling Blade.

Now I was probably wrong & he got pretty huge, but whatever.

That secret society thing sounds like a croc of shit. It’s more than likely a family crest. The funny thing about the race baiting is the lack of self awareness on here. A good amount of threads and comments on here are race baiting

The difference between Kobe Bryant and Lebron James was that Kobe wanted to be the best basketball player on the planet. Lebron wants to be a billionaire. That’s all you need to know about the guy.

The guy has had his whole life planned out for him. There was talk about him being a billion dollar athlete his rookie season. And that was only b/c people didn’t want to look suspect talking about that during his high school career. All he had to do was follow directions and do his part, which by all accounts, he has more than lived up to his end of the bargain.

You really think anything that he posts on twitter doesn’t go through his inner circle of confidants, business advisors, and public relations experts? LOL. He’s on the SJW/WOKE bandwagon, because it makes him money. It increases his prestige. And it gives him leverage and power. That’s it. More power to him for being in that position, but let’s not pretend he’s some kind of crusader. He’s only one in terms of what it can give him.

Sure, that was a big jug of ice-cold haterade, but I’d be surprised if it wasn’t closer to the truth than fiction.

He literally faked a hate crime.

Can Somebody Tell Us If LeBron James Faked a Hate Crime?

CLAY: There's zero evidence that it actually occurred. Everybody covered it, much like the Jussie Smollett case, as if it were evidence, the accusation itself.

Zero evidence it was faked too 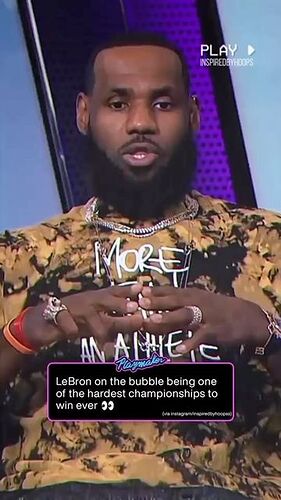 2 of the hardest championships ever. Respect

He bowed to Communists Chinese telling Daryl Morey to shut up about Hong Kong. He is a fraud that pretends to care about social justice but the moment actually oppressed people under a brutal Communist regime asked for awareness he didn’t care about them because he doesnt care about freedom or slavery. Only when he gets to pander. Only when it is easy and doesn’t impact his bottom line.

He has overpriced shoes made by slave labor marketed to a community that can’t afford it. Kids die over his shoes in the streets. Why doesn’t he advocate for Nike to build a shop in Akron to employ the people who buy his apparel? Why doesn’t he speak out on how China has slave labor and how PR firms market items to impoverished inner city black people that can’t afford his shoes? He is a fraud. 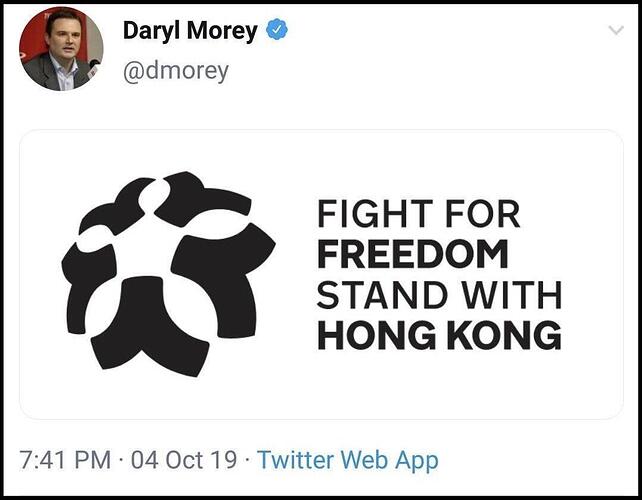 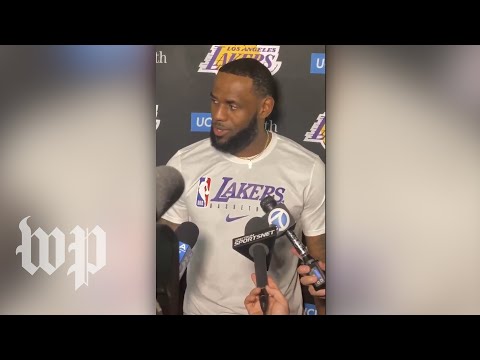 “He was thinking about himself…”

Actually he was thinking about people that live in an oppressive, Communist controlled country wanting to be FREE but LeBron doesn’t understand the concept of speaking out against slavery and human rights if it hurts his bank account.

The difference between Kobe Bryant and Lebron James was that Kobe wanted to be the best basketball player on the planet.

that, and Kobe was a rapist

that, and Kobe was a rapist

If she isn’t allowed to say it neither are you!

Context matters. AFAIK LeBron was upset because Daryl made those comments while LeBron along with 2 teams were in China to play a preseason game. China then cancelled the game and thats why Bron was saying words have consequence.

Chinese slave labor practices enable the life you live today. If you’re going to call out LeBron, call yourself out first. Why aren’t you going to Hong Kong and joining the opposition movement? Free Hong Kong if you feel that strongly about it. But instead you are just using it as a reason to hate LeGoat.

Look the man isnt perfect. Word salad specialist he is. Might not win any sentence battles. But he’s still a good guy and is very likeable.

He is likely the 2nd best basketball player ever (a good debate over it) so it isn’t speaking to his skills. It is his complete lack of character that is the issue.

Well…… I thought it was obvious. Haha jk

Zero evidence it happened. In fact there is far more evidence it didn’t. Your boy was Jussie before Jussie.

These guys pretend to care about Chinese slave labor only in the context of this conversation. There’s no genuine concern for the Chinese so why the charade?

As my brother Pedro started, Chinese slave labor affords us many of our luxuries that would be otherwise unaffordable if produced in the US. God bless capitalism.

I haven’t read the thread, but in case no one mentioned it:

The best example of what’s not to love is the time he tweeted a direct death threat at a skinny white cop who had just saved the life of a young black girl.

while LeBron is scandal free. no drama LeBron.

LeBron is the GOAT.