How can I insulate my roof?

I bought a home that was built in the late '80s, it has a small upstairs media room. It has one design flaw, the ceiling is actually right next to the roof which not only makes it architecturally weird but it’s not well insulated and I can’t do anything about it from the inside.

I actually have two things I can do, and I will probably try both of them to some extent.

I can try putting a reflective heat barrier and more insulation on the ceiling. This won’t be too bad but I’m afraid it will look terrible even if I try to make it look like sheetrock with a textured spray.

I can also put some sort of reflective barrier on that part of the roof. It is facing the alley not the street but I don’t know of a good way to do that.

Any suggestions on either of these brilliant ideas?

I could probably also put in some sort of suspended ceiling so that it looks flatter, not with a bunch of crazy angles. But everything I see online will make it look like a crappy office that is in need of gray cubicals.

How high is the ceiling? What do you mean right next to the roof?

Can you put in a drop ceiling?

What type of ceiling and roof? 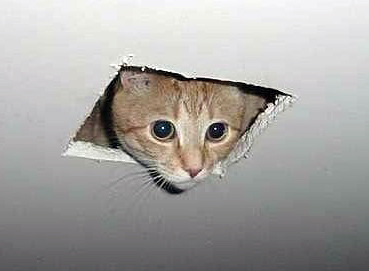 Its a shingled roof, here is the upstairs. Sheetrock I believe nailed to plywood attached to the roof rafters 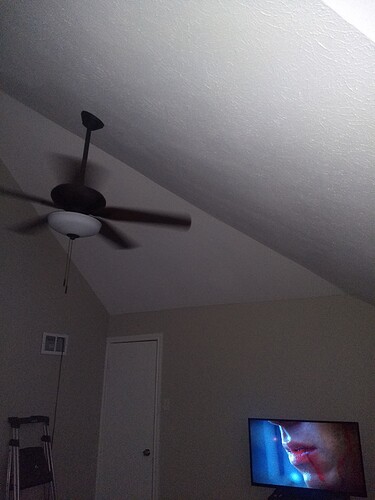 I would suggest putting 2x4’s on the existing sheetrock, then putting in a couple of inches of insulation then add another layer of sheetrock on top of the 2x4’s.

this.
also, can’t believe they did that with no insulation.

I’m sure there’s a little insulation up there but they didn’t have reflective heat stuff in the '80s and it’s probably r9 rated. It’s just not very effective.

It looks like when I could also do is put some of that one inch foam board up there, it has a reflected heat barrier on both sides and is rated R9 also. Apparently some people have put this on walls and ceilings and then spray it over like it was sheetrock. It seems to look okay and it’s very light. cutting it to match these weird angles would be annoying but possible to do. I just need to find a way to tack it up there so that it won’t fall but won’t ruin the.sheetrock on underneath in case I decided to take it off

I also found some small AC units that I can vent to the Attic for about $320. I might just get one of those first LOL

Is that a closet door or an exit door?

That leads into the attic actually. I already redid the insulation around the upstairs room 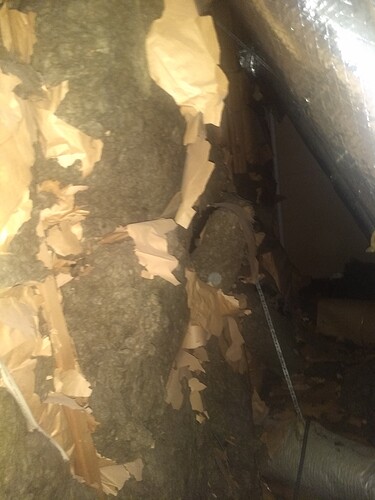 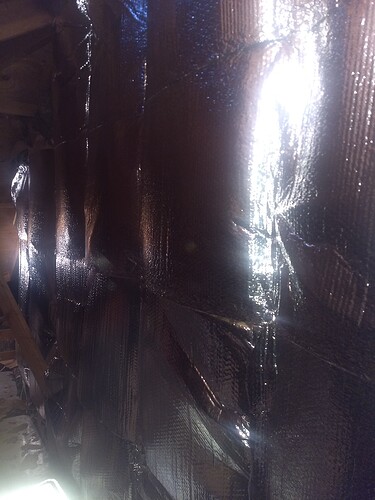 Mini Splitter is a great idea.

Be careful up there.