How do they take the steroids? According to Chael 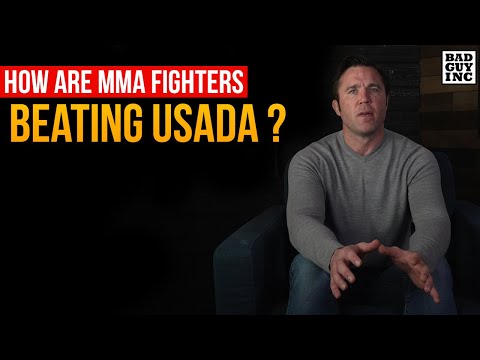 He says his eye test is never wrong and there’s at least 5 guys in the UFC who are doing it. Chandler? Who else?

And what’s this about the “how are they taking it”. Why’s that even important? There’s only so many ways a person can be administered drugs. Enema?

Hahaha you couldn’t be more right… that’s why he went to Bellator.
I like Chael more and more since he retired

He talks about how everyone got off the juice when USADA came in and some former champions never won another fight.

Except for one champion who took the piss and won another title up a weight class.

Who do you think the mystery man is?

Who do you think the mystery man is?

there’s at least 5 guys in the UFC who are doing it.

I dont believe Kamaru or Giblert are on the juice. Kamaru just has those genetics. And burns is just thick. Im suprised you even mentioned burns.

It could be the weight cut plus coming into his own

Charles and Whittaker fall into the same boat

Pre- cicsely good sir.
You dont just roid up and move up a weight class and become a contender

YOU BITE YOUR TONGUE!!!
Everyone knows DC was and is clean. Cheal is still juicing now. Look at how the veins in his neck pop out when he talks. That shit aint normal.
DC was a God among men. He was naturally a middleweight who fought at Heavyweight, and cut down to light heavyweight just because hes a boss.
Never speak ill of the man.

Have you seen the bacne n tits on that man?
I always thought he was but I really don’t know shit about anything besides TRT

Hahaha DC was a joke my man. I can’t believe you took that serious. Just look at the man for Christ sakes. He is in my top 3 favorite fighters of all time.

I think he’s referring to using it iv and using masking agents afterwards. Idk it seems he was speaking about Mike C because he did the vid just after he beat his long time bud T furg. We should also note that MC’s wife is a doc and he seems to get better with age, strange coincidence imo.

He passed a lot of the old easy to pass tests though. We know ol Uncle Chael was only basically clean back in the day.