How Gullible were we in the 80s w Martial Arts?

From what I’ve read, Shudokan was the name of the school that taught Shorin-ryu and kobudo.

I could be mistaken on this.

From what I’ve read, Shudokan was the name of the school that taught Shorin-ryu and kobudo.

I could be mistaken on this.

Itosu was THE master who taught both Toyama (shudokan) and Funakoshi (shotokan) and founders of many other styles like Chibana (Shorin Ryu).

I’d say Itosu taught “Shuri-te” mixed with other stuff. (This was all before “styles” of karate were really a thing.)

–Oh, and here’s something interesting…

Itosu didn’t teach ANY applications of the forms he taught!

So every student of his was basically deciding for themselves what each move in the forms meant. His students created their own styles and passed down their personal interpretations of these forms, which over time became gospel.

Shudokan was the name of one of Toyama’s dojo. According to Kim soo, one of the early Koreans teaching in the states, Toyama was responsible for 5 of the parent kwans that comprise TKD. I practiced Kei-shin-kan, which was another of Toyama’s dojo, which was practically kyokushin in practice

My inner karate nerd is really enjoying this

It wasn’t just the grappling, but the way it was taught and applied. They had a system with flowcharts and all, etc…

Compared that with the Robert Bussey RBWI guys. Sure, those guys were tough for the time-period and did legit 100% sparring in all ranges, but they lacked a concise methodology in applying the techniques. Their sparring was just anything goes, do whatever you want, crazy scrambling for a few minutes with little rhyme or reason. And their results reflected the chaos of their sparring.

The Gracies codified a teaching methodology that could be applied to MMA fighting. That’s there biggest contribution to the martial arts, imo.

I’m gonna read that book, thanks!

for like five straight years every issue had at least one “how to deal with grapplers” or “instantly defeat holds” article. the kool-aid squad loved it.

i know a really tough neighborhood guy that was super into kung fu in the 80’s/90’s. he frequently still posts videos of chinese and filipino martial arts “beating” modern submissions. if you’ve trained at all they’re pretty laughable. zero fundamentals, everything has tons of obvious escape points, the finishing positions are shit, etc.

i’d never shit on his parade, but it’s kinda wild seeing people just refuse to accept that someone figured out a more consistent and systematic approach than the guys they threw in with did. reminds me of people that have crazy brand loyalty to corporations that couldn’t give less of a shit about them.

–Oh, and here’s something interesting…

Itosu didn’t teach ANY applications of the forms he taught!

So every student of his was basically deciding for themselves what each move in the forms meant. His students created their own styles and passed down their personal interpretations of these forms, which over time became gospel.

That checks out because Shotokan doesn’t teach bunkai (application of kata) either.

Edit: I say that based on the knowledge I have of the JKA Shotokan guys not teaching bunkai (according to my friend who is a 7th Dan and got his black belt from Nishiyama). However that may have changed in recent years.

if kata has no bunkai, then they should stop doing it and focus on techniques and self-defense

“Emin Boezteppe’s 5 Wing Chun Defenses Against Grapplers!” was the kind of common article they had.

If you read the threads and have some reasonable MA background you can see the different issues in training.
Styles train for their style. No necessarily how people actually fight.

An advantage we have is that we can look at real fight on
YouTube and see how real fights occur. This allows us to have
better understanding on how to avoid confrontation. Also, better
understanding how to end the confrontation by modifying what we
learn to avoid gaps.(striking vs grappling vs disarms, etc)

It isn’t they style but the training methodology.
We rise only to the level we train, so HOW we train becomes the
issue. How do we deal with the adrenaline hit so that it doesn’t
override the Central Nervous Systems ability to act effectively.

Why do boxers, kickboxers, grapplers do better in a real fight
(depending on the level of resistance) than do white gi karate folk
who mainly do kata and front stance.

They have a process of drilling to fight and measure their sparring
to develop skill so that their ability to fight isn’t hampered in an
adrenalized state.

I like how his claim to fame was jumping a fellow wing chun teacher half his size and twice his age.

It gave him the stones to get Gracie fucked though.

this is true to a degree but if i think it’s more important to try to be objective about what you’re training. you can spar other ymca karateka until you’re quite good in that circle and then very get blasted by a guy with some experience who simply moves fast and in a straight line.

that’s right, we’re having an argument from 1994

That’s why I said that we should (in a self defense context certainly) look to how people actually fight and train along those lines.

I could have added
Versus, what is an attack in a given style and defend only against that…

is the approach chambering punches and wing chung pidgeon toeing done as “practically as possible” or is it going straight to the source for highly refined and now long-proven stand up and grappling systems like boxing, wrestling, muay thai, bjj, judo, and so on? 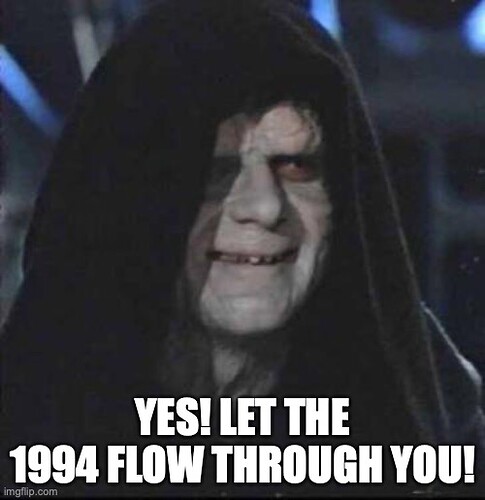 Nothing like that happened. He did bum rush cheung taking him down and slapped him about the head and neck a bit. Boetpz is Turkish so had wrestled all thru his childhood. He wasn’t about to fight Royce though, all it ever amounted to was m&m grandstanding for free publicity

I might have to read the book. Over the years I knew a number of old school Tang Soo Do guys and even the Kata they learned were from Shotokan. Its possible there was some Shudokan offshoot since I cant say I knew all of them but it seems that it would have been more rare.

Most of the “kwans” are Shotokan based (some added Judo, like Ji-Do-Kwan). The rest were Shudokan.