How To Treat "Part Time" Friends?

I am sure we all have a friends, or friends like this. This buddy of mine I only ever hear or see when he needs something. Took me a while to even realize it, lol. I’m a tard.

I have something he needs, " Hey buddy! What’s up, we should talk."
He has something I can help him with, " My man! Long time no talk. We need to hang."

I don’t dislike the dude, but it’s clear as day now. That’s the only time I ever hear from him. I ask because this type of dude now needs a huge favor. lololol I don’t want to sound like a jilted girlfriend and be like, "no, you only talk to me when you need something. But also, I don’t want to be a pushover and keep letting him push.

It seriously makes me feel like a bitch to do the said favor, or to say no, you don’t treat me nice. lololol I cringe just saying that in my brain. Also, fuck him tho.

In my defense OP, the head is great but I’ll try to reach out just to say hi too.

The other one, not just part time friends but suddenly they’re selling Amway and they pretend they’re all interested in catching up and then drop product on you. Fuck off now!!

It seriously makes me feel like a bitch to do the said favor, or to say no, you don’t treat me nice. lololol I cringe just saying that in my brain

You need to get over this…you know what should make you feel more like a bitch? Being afraid of being honest and true about how you feel because of your fear of looking/feeling like a bitch…If ghosting doesn’t work, just be upfront with him. Keep in mind you’re not going to find a middle ground, even if he “comes around” it’s only because he knows what you think now. If it was genuine, you wouldn’t be here in the first place.

You have to say no at least once. Then you’ll know for sure if he gives a shit about you at all.

I had a friend back in the day that was like that. I told him no one time, I haven’t spoken to him since then.

Just say ‘no, I’m busy that day, but I’ll hang once you’ve sorted that shit out.’
See his response and act accordingly. 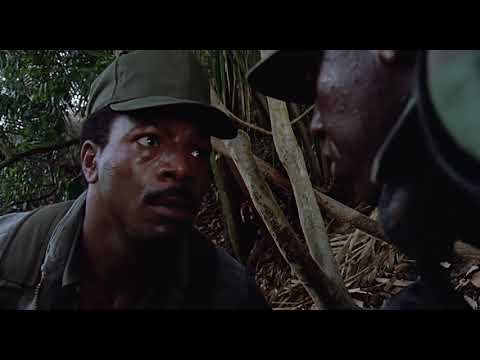 I got a real old friend who don’t have his life together. Dude will get drunk and then text bomb me like crazy but almost never calls. I’m like, no, I’m not gonna play psychologist via text for three hours because you don’t want to put in the work to change things and want to just be manic and text me like crazy. I tried to help but you reach a point…

Ask him to borrow $100 next time he calls

He only contacted you because he knows you’re a bitch and can get what he wants from you. Not a friend IMO

Haha. I have a buddy in his early 30’s who’s been spending 10+ years trying to break into acting. Gets a gig, burns bridges, blows money, gets a day job, quits job, then starts from zero again.

When I see his calls, I know that he wants to talk for an hour, seek therapy in a way, then ask for a favor.

I use to feel bad for him and pickup, but know I just pull a Billy on the set of predator with an occasional text back.

OP, they will always take and never improve.Your time is valuable too.

Inspired i texted him back, and said. “No, can’t do it buddy. good luck though!”

We’ll see if that’s our last text. I don’t care that it is either. Danke!

As we get older there is really no time or energy for people like that. I go out of my way to avoid negativity. I want only friends in my circle that I’d die for, and vice versa.

he’s not your friend, friend

The thing is, the more an old friend or family member does NOT have going on or going right in their life…the more they will call/text you if they have designated you their psychologist. I told and old friend to go see a psychologist and they won’t do it… sorry buddy, I don’t have to text you for three hours because you won’t get help, well I might have in the past but its not my job to do it whenever you lose it.

Part of clearing the bullshit when you get to a certain age.

Just say it straight up to him. If hes actually your bro he’ll catch on. If not? No real loss…

Just the look on his face would be priceless.

I’ve been trying to ghost an old drinking Buddy for the best part of 10 years. Some people are relentless.

Friends are simply chapters in your life. MOST wont stick , some will. The ones from the 2nd quarter may not be there in the 3rd or 4th. Learn .