How would Royce vs Kerr have gone?

Kerr was sort of green and Royce was battle tested. If this fight had gone down who wins?

We talking headbutts? If so Kerr all day.

NHB? Kerr would get mount and put his thumbs through Royces eyes, make them pop like the mountain against that Turkish faggit

What year? So long as kerr knew what he was up against, i think prime smesh machine smeshes.

Those knees that Igor smashed his head in were glorious

Kerr went undefeated in adcc multiple times - only grappling vs much better, much bigger grapplers than Royce.

Add in strikes, especially with headbutts, and Kerr smokes Royce without much trouble imo

Edit: he lost once in adcc to Arona. Point still stands

They were supposed to fight in the early Prides. No head butts but stomps and knees on the ground. Royce probably wears a gi

Arona was an animal
Look what he did to Sak.
Wandy looked scared to death of him in their fight

Idk, remember Bustamante vs Tom Erickson. I think something similar.
That is, assuming it’s still the 90’s and Kerr is not yet too familiar with BJJ beyond the basics. 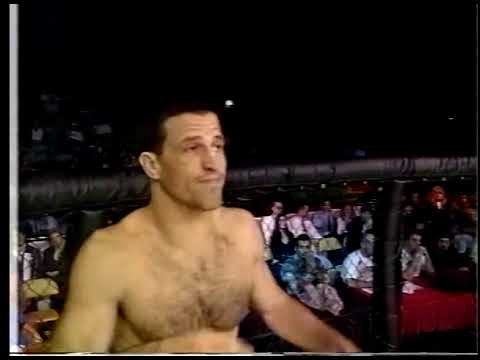 “Erikson outweighed Bustamante by nearly 100 pounds, but Bustamante’s jiu-jitsu was able to neutralize Erikson for the most part on the ground. Erikson eventually decided to simply stand back up and utilize his size and strength advantage in a kickboxing battle with Bustamante. The bout was declared a draw, but many considered it a win for the much smaller Brazilian.”

Royce can’t out grapple Kerr so what does he do? Knock Kerr out? Kerr would destroy him

No disrespect to Royce but Kerr would take this one.

All I know is Royce has cajónes. The first time he fought Sakuraba, it was a 90 minute fight I front of 94 thousand spectators. Going to Japan to fight the national hero like that shyyyyt… that’s takes serious fortitude.

Since the date of their fight was supposed to be way before he fell apart after losing to Igor, we can safely assume that Kerr easily beats Royce. He beat the stuffing out of BJJ black belt Fabio Gurgel, and it wasn’t even close. I do think that Royce might have a couple of tricks to use with his gi, but that’s about it. Since this would be under PRIDE rules, not vale tudo, it would wind up in Royce’s guard, and Kerr would safely pepper him with light punches. Kerr wins in the most boring way possible. If it were vale tudo with headbutts than Royce gets murdered.

Kerr would obliterate Royce. Remember Kerr vs Paul Varelans with those knees?
In Mark Kerrs prime he was an amazing grappler he wrestled Kurt Angle to a 3-3 record in 6 amateur wrestling matches. Kerr was an NCAA champion and his ADCC record is great. He defeated Josh Barnett x2, Mario Sperry, Ricco Rodriguez, Rigan Machado and many others.

Matt Hughes steamrolled Royce and all Mark Kerr would have to do is stand box and Royce and he’s finished. There’s no way Royce wins. And Rickson is extremely lucky they never made that fight either.

He beat Barnett at ADCC

“To say he get that body drinking milk, I drink a lot of milk but I don’t look like that”

There is a reason Kerr competed in ADCC and Royce did not.

Pre mental breakdown: Kerr is one of the all-time GOAT contenders.

After mental breakdown: He knocks himself out in a fight against Yoshihisa Yamamoto.