i don’t think there are many good solutions out there, but do see the income gap, more importantly the wealth gap as a big problem in this country and a big reason populism is so in vogue at the moment.

Agree, the problem is that the “populism” often ends up increasing the gap unintentionally…the details in the plans to decrease the gap are often overlooked… 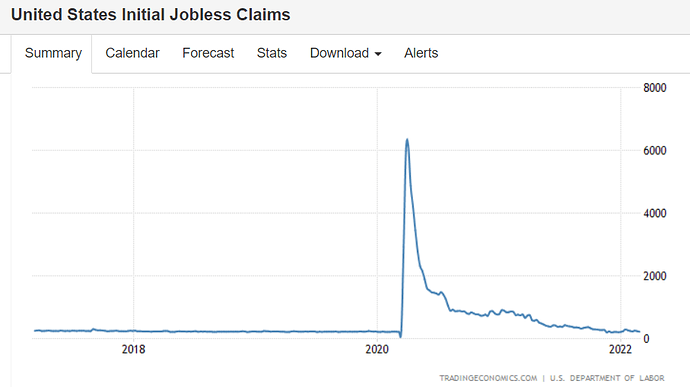 Yeah.
Are you able to actually read that chart partner?
Need help?
The spike was covid lockdowns.
Now zoom in to the right.
See what that says?

maybe i’m an idiot, i don’t see what you’re getting at. the chart looks like they’re somewhat back to normal.

Lol, stupid or just a liar?

Lol, stupid or just a liar?

Apparently you’re not a rocket scientist.
1st time UE benefits should essentially be 100 to 125 K is a commensurate to the jobs we lost you moron.
When the government puts out their numbers they are not measuring them against the unemployment that occurred in March 2020, Nor are they being measured to the population.

It’s so idiots like you can tout an economy that’s utterly in ruins and is plain to see anywhere.
To GDP ratio hasn’t been seen this bad since World War I.
You might turn on your TV and take a look at what’s occurring… Better yet take 24 hours and take an online economics class.

the wealth gap as a big problem in this country

A lot of that comes from government creating an entire subclass of residents who exist only because the government pays for everything in their lives. That’s the real wealth gap, people who contribute more to society than they take vs people who do not contribute anything meaningful but are still considered important for reliable votes to keep the swamp in business when in reality the world would be a better place without them.

maybe i’m an idiot, i don’t see what you’re getting at. the chart looks like they’re somewhat back to normal

If we could arrange the mind-numbingly narrow-minded chart our resident copy/paster posted to erase that enormous spike that chart displays, we might have an argument that recovery is occurring.
This is the kind of guy that cheerleads president retard for releasing 60 million barrels of oul reserves(one week’s worth) as some sort of stop gap to inflation at the pump.

If we could arrange the mind-numbingly narrow-minded chart our resident copy/paster posted to erase that enormous spike that chart displays, we might have an argument that recovery is occurring.

Lol, stumbled across this thread. I think few would argue now that it’s only getting worse

Aren’t these the people who are trying to feed their families after losing their businesses due to the plandemic tyranny? 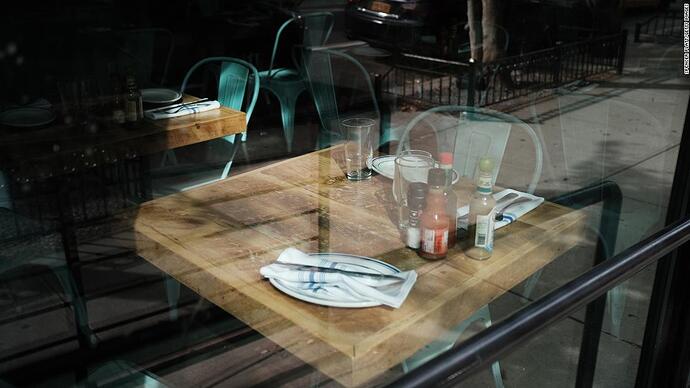 About 60% of businesses that have closed during the coronavirus pandemic will never reopen, and restaurants have suffered the most, according to new data from Yelp.

Why are you rooting for unemployment to skyrocket?

because the FAR Alt.Right WingNUT EXTREMISTS HATE AMERICA…it’s just like I CLEVERLY REVEALED the that MAGAtard Markets Thread

When you type shit like this, it makes me think you’re high on drugs.

I saw a clip yesterday (wish I saved it) of Powell being questioned on unemployment statistics. He proceeds to explain that unemployment only considers people who are actively trying to seek employment, not all unemployed adults who could be in the labor force. The person (senator?) questioning him then simply poses the juxtaposition of an alleged 3.* unemployment rate with the vastly different landscape of labor shortages in the country versus during the trump era. essentially, the “unemployment rate” stayed the same (a little lower, I think), but that doesn’t paint a clear picture when millions of more Americans who were employed are now not employed.