This is a classic example of the PPV’s the old school fans hate. Even by 2022 standards its a terrible PPV card.

You got the title fight with a challenger who has not created a lot of excitement for his title run despite lots of wins in the process.

Then with the Aldo fight you got a legend a lot of fans want to see getting the next title shot instead fighting killer rising up the ranks.

Then you got a former champ coming out of retirement and his chin might be shot and he is fighting a top ten guy who has not looked great lately so they are like 0-5 in their past five combined.

Then with the Romanov fight you have an undefeated HW from a country nobody can find on a map vs a solid HW who has sort of been a fringe top 15 HW his entire UFC run.

Thats it. After that the card is filled with guys who are the 68th ranked FW’s, LHW’s who almost have .500 records and they don’t even have fifteen fights in their career, 125 lb men who are not in the top 50 in the world, females who are 13-7 but are getting a UFC debut because UFC needs to fill the card with someone cheap to sign, they fill up the same amount of time on the card as someone expensive to keep like Mousasi so just let him go headline Bellator shows.

There is still a lot to like about MMA but I get the issues people have with PPV cards like this.

Not only am I not ordering it for $79.99 but I would not watch the prelims if you paid me $20 to sit there and do that for four hours and the Aldo fight is really all I’m interested in.

Yea thats a horrible card. I swear the UFC has better march making for fight night cards then ppvs. They seem so desperate when it comes to ppv

The last four numbered cards of 2021 were so stacked (three were PPV and one was on ESPN+) that I said “man, I can’t remember the last time UFC stacked so many big shows in a row for fans, its been years…no way they can keep it up you know the first half of 2022’s PPV’s will be weak” and here we are.

You are right, their good Fight Nights are way more stacked cards these days than their bad PPV cards like this. This is just complete garbage and I’m usually kinder to UFC PPV cards than a lot of posters.

Aldo v Cruz was the fight I wanted to see and it’s a bit disappointing it probably won’t happen now.

They mix too many random fights with completely unknown and unranked fighters on big cards. You have to sit through an awful lol of uninteresting shit to get to the good shit oftentimes.

They seriously need some kind of structure with their cards. The way they do it now couldn’t be any more random.

Funeral services and the life celebration for Luke Rockhold and his chin will be take place immediately after Costa sends him to the shadow realm following the fight.

Ah yes, because to be a fight fan you have to love every PPV card that the UFC creates. That makes total sense.

Furthermore if you are not watching Invicta replays on Fight Pass tonight then you are no longer a fight fan.

There has been some crazy good cards of late. Nope, this ain’t one. I understand complaining about THAT card, but not shitting on them overall.

Usman vs Edwards 2 Is a great fight. Prelims are shit however.

I kbow the younger kids would call us old and opinionated…

But apart from 4 fights in the main card.

I am not impressed 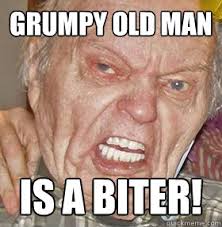 How bad can a place be when it allows multiple wives? If it’s not a big party city then they’re definitely not playing their hand the right way…

I don’t mind it. Will probably buy