I agree with both of you. The complaining can get annoying after a while but it also sparks interesting discussions. That’s what a forum is for.

They mix too many random fights with completely unknown and unranked fighters on big cards. You have to sit through an awful lol of uninteresting shit to get to the good shit oftentimes.

They seriously need some kind of structure with their cards. The way they do it now couldn’t be any more random.

I was actually thinking of this last weekend, it’s like they put all of the fights (except for co-main and main) into a hat and pull them out. Whatever order they pull them is the order they are on the card. Very strange

This is why you start the ESPN+ events and portions of cards a couple hours late and just fast forward though all the shit you don’t want to see. Or you can search and get the replay the next day. I just recently learned there are actually next day replays of events, you just have to search for them as they are not posted because they want people watching live for their ratings.

Even fight fans get fed up with being ripped off. I know we should all be blind retard supporters like you. Make sure and pay $200 for Conor’s next boxing scam.

I can watch unknown people with dubious skillsets fight on YouTube all day long for free.

This card doesn’t seem so bad when you look at UFC 279. That card looks absolutely horrible on paper. It has 2 ranked fighters on the entire card. Chimaev #3 at 170 in the main event, and Johnny Walker #13 at 205…that’s it. For as much as Dana has been parroting that this sport will never be like boxing, 279 is 100% on par with a boxing PPV. Absurd amount of money for one fight that’s even close to worth watching, Chimaev vs. Diaz in the main event.

As a general rule, I’m thinking it should be something like:

Same kind of structure on a lesser scale for TV cards. More geared towards prospects. There’s no reason it should be completely random most of the time with as many divisions as they have.

This is why you start the ESPN+ events and portions of cards a couple hours late and just fast forward though all the shit you don’t want to see. Or you can search and get the replay the next day. I just recently learned there are actually next day replays of events, you just have to search for them as they are not posted because they want people watching live for their ratings.

Depending on the card, this is what I do. I’m usually doing something on saturdays and can’t sit down in front of the TV until like 8 or 9 anyways. If I miss fights I’ll just go back and watch them, fast forwarding through whatever sucks. They also put individual fights up instantaneously, it feels like.

The shit cards always deliver. I’m watching the whole card. I don’t think there has been a card that hasn’t had someone saying it’s a shit card.

Yeah and ever since oh about a year or so ago I find myself fast forwarding through a lot of fights. I used to be glued to even the interviews but not anymore.

Don’t care much for Usman/Edwards, Rockhold/Costa is great though. There’s a lot of guys I have no idea who they are but I bet most of them have the exact same style and skill set

They think if the ppv has a championship fight that the rest doesn’t matter. Fight night events are just commercials for the ppv. I steal it all so I have no right to complain

Yep, we’re at that point again where St Pierre and Silva we’re on wash, rinse, repeat with their belts and the only thing that made PPV’s (

) tolerable were Brock Lesnar and a guy jumping weight classes.

Jones’s wife beating ass is gonna swoop in and “save the day” at HW (business wise), I fucking hate saying that, but I’d bet on it. 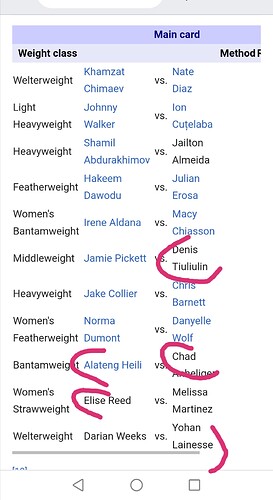 I know two people on this card.

Edwards talking like a Brummie doesn’t help things. The entire population of Birmingham sounds special needs, I remember when everyone thought Ozzy Ozbourne on that reality show spoke like that because of decades of drug abuse but didn’t realise that’s just the way they all talk in the UK’s second largest city . Edwards talks like a window licker

Yeah, I believe there’s certainly that element of sticking it to Diaz as well. I mean, when you look at the free fight night cards, the week before and after, it looks like stacked cards in comparison to 279, and 280 is one of the best of the year… They certainly could’ve switched a few of those fights around to 279

I know two people on this card.

Here’s a clip of a reported asking liverpool manager a question. 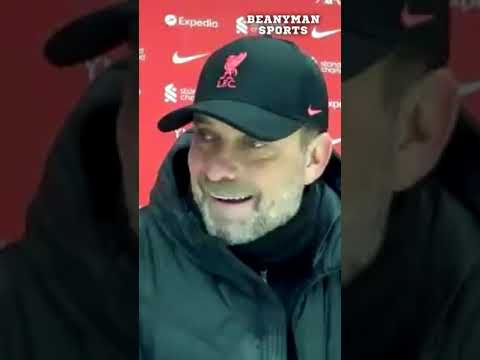 'Sorry, what?' Jurgen Klopp couldn't understand the Brummie accent.The Liverpool boss looked to the club's press officer for translation after the Reds beat ...