I don't care about movies anymore

And nobody I know cares anymore either.

Don’t even get me started on TV series. Who has time for that?

I’d rather watch YouTube than a movie. The content is more real and much more interesting. Watching some bodybuilding Vlogger is more interesting than watching the latest Hollywood shit!

The typical movie arc is so tiring! I can’t help but think to myself… “why do I give a shit? I know what will happen. The character will face adversity, a hopeless situation, but in the end will prevail”. I have no interest after that realization.

Watched Fast & Furious 9. It was a typical movie. Then a Quiet Place II and again, I know how it’s going to end and I also don’t give a shit about some monsters because it’s not real. Some recommended Wheelman and Shadow in the Cloud on the movie thread. I have both tabs open and I would like a good movie experience, but the truth is I don’t really give a shit about either. I’ll probably quickly check out Wheelman.

What I like now is anthologies and shorts. Black Mirror or Love, Death & Robots. Now those are interesting! A good ending is not guaranteed and the arc is not typical. I enjoyed Black Mirror season 5, even though it was not as well received as others.

Do you guys still watch movies?

That movie I shot with your mom was great!

Yo OP, I watch a ton of animal documentaries and classic sports on YouTube. I still like movies though.

So you’d rather stare at male bodybuilders instead of watching movies. I don’t think the movies are the problem.

You’re right… except for this. I need this 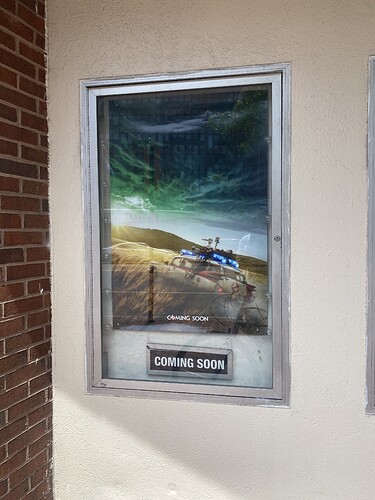 Have you considered the possibility that

A. You’re dead inside.

B. You don’t have the attention span for long form content.

C. You don’t actually WATCH movies, but rather fuck around on your phone while looking up at the screen sometimes.

I stopped caring about new movies 15 years ago lol. Never cared about comic book movies or transformers. I’ll still watch an old movie every 3 or 4 months. Something about getting older makes movies less interesting to me.

Have you considered the possibility that

A. You’re dead inside.

B. You don’t have the attention span for long form content.

C. You don’t actually WATCH movies, but rather fuck around on your phone while looking up at the screen sometimes.

Anyone else feel like the quality of movies has plummeted about a decade ago? With the commonality of streaming it seems more about quantity of movies vs quality. 95% of movies have that straight to dvd feel to them. I can’t remember the last great movie

Again , imagine being a teen in 1984. Gremlins and ghostbusters came out on same weekend. Whole year was ridiculous at the theaters

You watched Fast and Furious 9, it’s obvious you don’t care about movies anymore.

I agree. All I watch pretty much is YouTube or stream movies. It’s so nice being able to watch whatever you want. The Hollywood shit is unbearable right now. It’s actually nice to watch bloggers/pranksters/retards get arrested without all the far left shit being crammed down your throat. The last time I tried watching a late night show every single one of them would start with 30 minutes of Trump jokes. I wonder if they are now 30 minutes of Biden jokes (I doubt it).

I agree with OP. Lately I have had no interest in watching movies and when I do I typically lose interest. However I’m always on YouTube learning new things.

I don’t even remember the last time I looked up a upcoming movie trailer, maybe The Last Jedi?

I don’t really watch TV and thus don’t see commercials, or follow any “geek” people so I’m not even aware of many shows or movies that normies are screaming about.

And nobody I know cares anymore either.

lol do you actually believe this?

I’ve enjoyed the last few Guy Ritchie movies, but overall I agree with OP. 10 years ago I’d probably go the movies once a month or more. Past few years it’s once or twice a year and I’m usually disappointed.