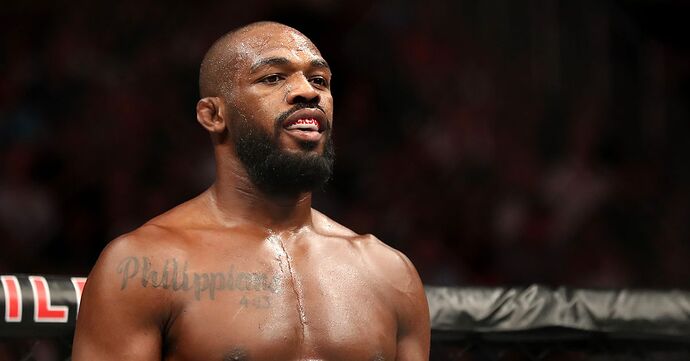 Coach Brandon Gibson: ‘I think we have yet to see the most dangerous Jon...

According to his coach Brandon Gibson, Jon Jones is taking his move to the UFC heavyweight division even more seriously than you may have expected.

Longtime Jackson-Wink striking coach Brandon Gibson has seen Jon Jones’ move to heavyweight first hand and is expecting an even more dangerous fighter when he steps back into the octagon.

Jones vacated his light heavyweight title this past year in lieu of a new challenge to capture the UFC heavyweight title. While he has yet to make his debut at the new weight class, or receive the fight he seeks with current champion Francis Ngannou, Gibson says that “Bones” has not only set a tone for himself, but he has lit a fire under his entire team and coaching staff.

“Jon has been the most dominant champion in UFC history,” Gibson told MMA Fighting on Wednesday. “He has the record for titles but, man, this goal [of becoming heavyweight champion] has sparked a fire in all of us.

“Whether it comes in a few months, or comes in a year-plus, Jon’s 33. I feel like he’s not even in his heavyweight prime yet. We’re taking our time, we’re doing this right and there’s a lot of other business decisions outside of my realm. But my job is to treat Jon Jones as a professional athlete, a professional martial artist and the great champion that he is 24/7.” 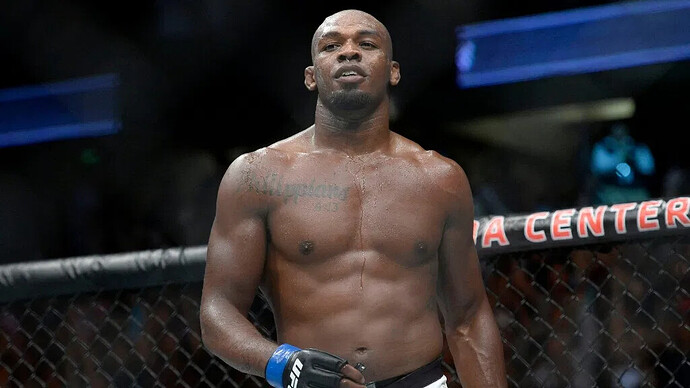 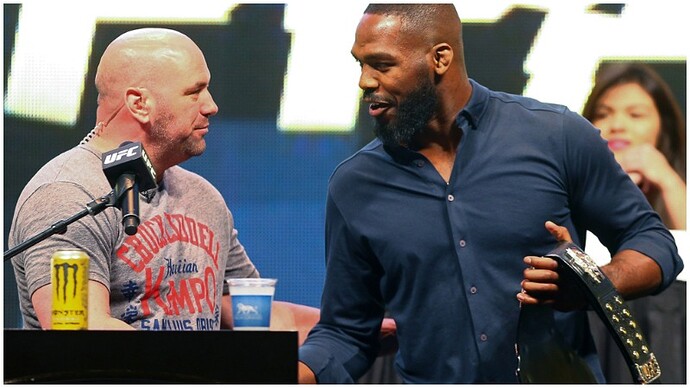 A Jon Jones that’s even more dangerous than one who hit and run a pregnant woman is a scary thing. 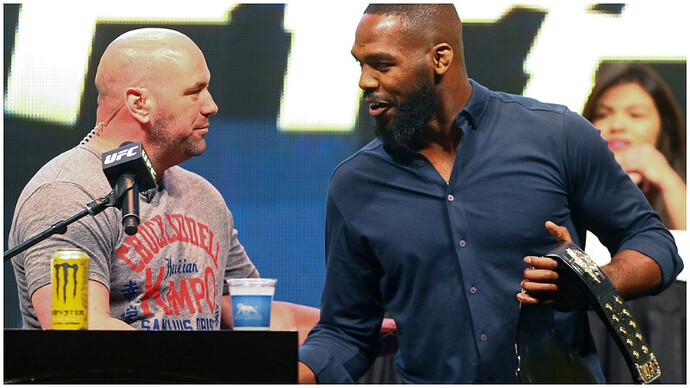 More dangerous than driving drunk and randomly shooting off a gun?!? I’m interested…

Doesn’t matter how dangerous he is if he wont fight.

This is coming from one of his coaches,so I take it with a grain of salt.Jon has been in the game over 10 years now & is passed his prime.To me,he is basically stalling if he plans on fighting in a year plus.

Stalling & waiting for a better pay day is what it is.

“Were taking our time & doing this right” is just lip service.

Going For That Chandler and Arthur Moolah

Jon has been the most dominant champion in UFC history,” Gibson told MMA Fighting on Wednesday. “He has the record for titles

As well as the record for champion suspensions and failed tests. I will agree that the current Jon Jones is the most dangerous version yet…to a drug test.

He fights in a cage against trained killers. He could get so debilitating brain damage just training lol. He should get every penny he can now if you ask me. This is about feeding your kids and their kids. Money over all that other bullshit.

He’s not getting 30 mil or whatever he’s asking. But he can negotiate from there. The next generation of fighter will thank him for most likely

There’s a high likelihood based on his recent performances he knows his time is up and he’s trying to score a major payday.

At this point I don’t care, he just needs to fight.

Yes, contracts mean nothing. Your word means nothing. Get whatever you can and fuck everyone else. It’s funny how fans approve this attitude for fighters but would lose their mind if someone did it to them.

“So Mr Anunaki, I know i signed a contract to fix your roof for 5k but now i want 50k. Yeah, it’s not fair to you but I’m getting older so my skills are diminishing, i could fall off the roof and get brain damage and need to feed my kids and their kids so pay me more.”

“Yeah, but I’m doing it for the next generation of roofers. They’ll thank me for it.”

Yeah, I know it’s a stretch but i couldnt resist.

You can not like him, and there’s definitely room for debate on his PED use. His overall record is obviously stellar.

My question is, where was this most dangerous version ever in the first Gus fight, the Santos fight, and the Reyes fight? All of those fights were razor thin decisions that could have went the other way. Now at heavyweight his quickness and reflexes, which he usually had advantages in, are compromised. All three of the fights mentioned above were ones where he did not have a size advantage in. At heavyweight, although he’s packed on size, he’s not likely to have a size advantage there, either. He hasn’t fought in quite a while.

Considering all of the above, to me the objective signs don’t point to the most dangerous version ever.

I think the most dangerous Jones we saw was against Shogun.

Jones is an eye poking cheater and a paper champion and always has been. The fact that he continues to fool all of his fans into believing that his skills alone got him where he is is a true sign of their delusion and lack of intellectual honesty. 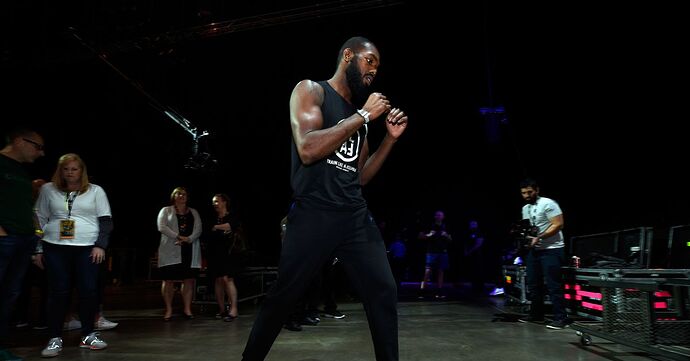 Jon Jones showed off some heavyweight speed in his latest gym video.

What’s the last fight Jon eye poked someone? It’s been so long you cant even remember.