I don't think he was using words.

My 9 year old daughter got up to use the bathroom and like she always does came to hug me when she sees I'm still up, she looked at the TV and said what is he supposed to be and what language is that?!


I remember a brief moment in time where people tried to act like he was a hip hop all time great.

What are we talking about here? Is there a link to the video

I decided to wash dishes thru that halftime performance

What are we talking about here? Is there a link to the video

Lil Wayne performed with Imagine Dragons at the College Football Championship.  He mumbled his way thru his lines but he looked good doing it and put on an interesting enough show.  Seemed like he wasnt all sizurped up too which is good.

Though you're far away.

I am here to stay

I thought he was just whining about sizzurp

somebody say SIZZURP!  where da sizurp at??

I always thought it was a joke, like he's doing a bit, no? 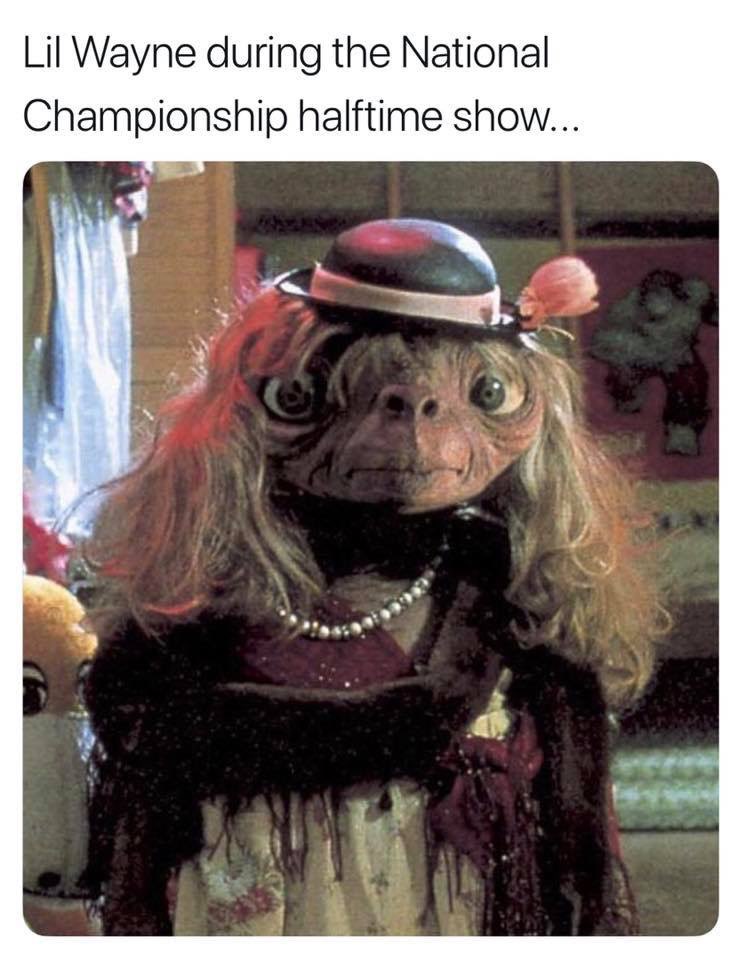 Niggas wanna leave when you say you out of mustard.

Something about unicorns and zebras I think? (starts about 3:00 min mark)

Here's the official audio (I can understand about half of it!)