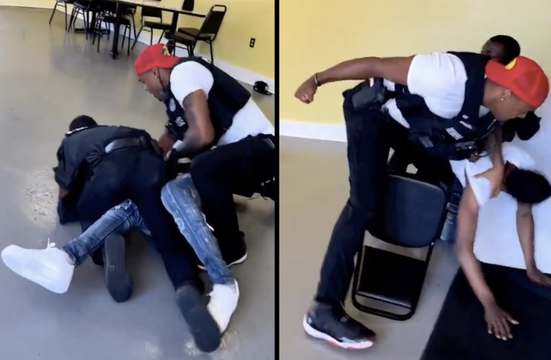 "Get The F**k Out My Business" Memphis Restaurant Owner Gets Heated With...

Happened at Rayford's All In One Wings restaurant in Memphis, TN. Posted By Persist

Do they even understand if you simply complied and let him self get arrested he would not be beaten?

Do they even understand if you simply complied and let him self get arrested he would not be beaten?

that knee to the body at the 1:00 mark had to hurt haha

the police had no reason to strike 2 guys should easilly be able to wrestle him to the ground.That said the other guy was resisting and not complying

Nothing wrong with strikes there.

“That young man didnt do nothin”
In to find out what nonviolent victimless crime his warrant was for.

If those cops were white they’d be fired and arrested. Also if I were them I would have arrested the annoying narrator for disturbing the peace, interferring in a police investigation, whatever I coule think of.