If the "vax" doesnt do what vaxs' are supposed to, let change the defininition. Typical of postmodern COMMIES

But But “FOLLOW THE SCIENCE”
They’re actually doing this because of lawsuits challenging the mandates. A huge hole was the vax didnt prevent anything, its a therapeutic

Cdc needs burned to the ground.

COVID is a fake virus - it’s just the flu.

Its what the left does. Everything from genders to racism, they’ve changed the definitions.

How do these fucks not get called out on this shit? Heads should be on pikes.

I’ve been wondering this myself…in

The definition of a vaccine hasn’t changed, the dictionary isn’t changing anything and the textbooks aren’t being reprinted, but in this case I’m gonna go out on a limb and suggest this definition change by the CDC may save them from angry emails. In fact., angry emails have probably lead to the change rather than some bait and switch that they maintained for a hundred years.

It’s the incorrect assumption of what the word immunity means that caused the change I guess is what I’m saying.

An immunity deal from a prosecutor for instance is a blanket non charge deal whereas immunity in virology has a slightly different meaning where your body has a prepared immune response providing you immunity. there’s also different kinds of immunity but you are not going to explain all this in a “the basics” explanation of vaccines on the cdc website

Immunize → immune response → immunity (even if less than 100%)

the change defines vax as a therapeutic, it has major impliations

Edit: I also can’t find this page on the CDC website and I looked to see if defined a vaccine as a therapeutic. Can you provide a link? 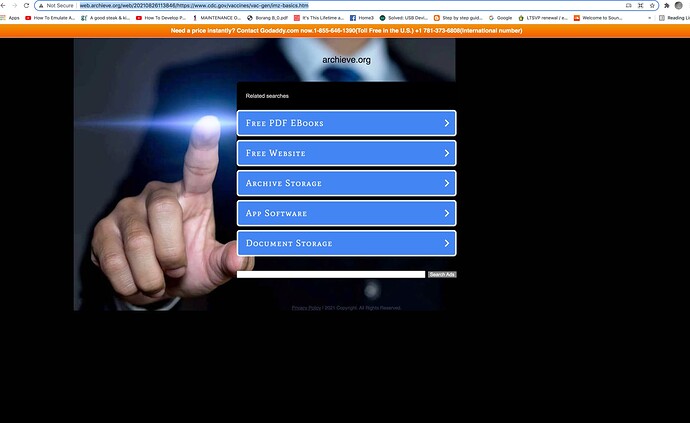 the link is on the pic

Immunity - The acquired immune system, with help from the innate system, produces cells ( antibodies ) to protect your body from a specific invader. These antibodies are developed by cells called B lymphocytes after the body has been exposed to the invader.

Immune response - The way the body defends itself against substances it sees as harmful or foreign. In an immune response, the immune system recognizes the antigens (usually proteins) on the surface of substances or microorganisms , such as bacteria or viruses, and attacks and destroys, or tries to destroy, them.

Theres a world of difference between your body producing cells than something taken to help your body fight shit off. The CDC is no longer saying a vax is something that makes your body produce its own natural cells to make you immune. One means forever, the other doesnt. There is no permanence in immune response per se which means its just a therapeutic

I dont know what you did(maybe https: ?), but following the archive url on OP 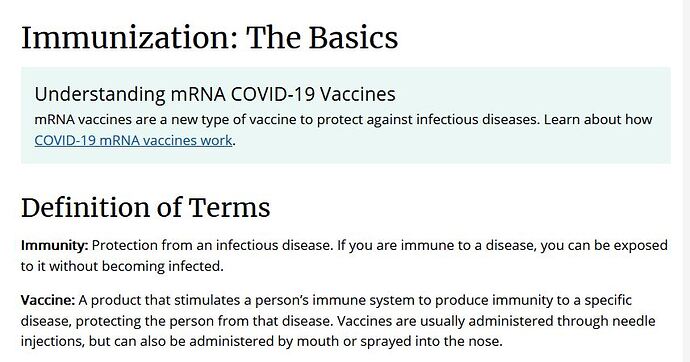 Produce immune response is more accurate than produce immunity to me.

Yet force it down on anyone!