Ignoring the need for 165 is one of Dana's biggest mistakes

Too many weight classes. Next they will double and be all separated by 5 pounds. When will it be enough?

Guess what, pussies. Sometimes a dude will have a few pounds on you.

These are great points that are hard to argue against. I don’t want to argue that they’re wrong, but I want you to stand back and look at the MMA landscape. Ask the question, who should we be watching on the biggest stage? Should it be the non-existent competition at 125 or WMMA?

There’s a serious argument to be made for trading in 125 and WMMA for 155-165-175-185. We’d be trading in virtually non-existent talent for the most talent rich pool of fighters. @BJ_Penn_Forever actually wrote out a list of guys that have won 45 man tournaments just to be signed to a BELLATOR promotional deal at 155. That’s absolutely insane. There are guys with 15-0 and 20-1 records at 155 that are showing up on the DWCS. In a sense, that’s great, it means 155 has never been better. But do these guys deserve to be seen RIGHT NOW? Consider the alternatives. Would you rather make room for these guys, or would you rather watch another Jessica Eye fight, who is what, 0-8 in her last 8 fights (completely guessing).

We’ve got the wrong divisions right now. It’s obvious. The only question remains: what divisions SHOULD we have? It makes sense to add divisions in the most talent rich area. The divisions would still be 10lbs apart, which is still greater than the NCAA’s 8lb gaps.

Hindsight being what it is, Dana’s biggest fuck up was bringing in 125 and WMMA FW instead of shuffling the divisions to get 155-165-175-185. In terms of investment in his own company, he invested in the wrong things.

Here’s what I propose to fix it.

3 of the most underperforming, talent starved divisions disappear and get reallocated to the most talent rich pool of fighters. The competition level skyrockets. No more fighters who are 0-8 in their last 8 on UFC main cards. The right guys get watched. And 10 lb gap isn’t that bad (keep in mind it’s what we already have for 125-135-145-155).

I honestly don’t know how anyone could argue to keep 125 and the current WMMA structure the way that it is. WMMA’s weight classes are a laughing stock, in particular. It could be argued to scrap it all and create a 127lb weight class.

Either way, Dana is just making himself look incompetent by keeping the current structure.

Uhg. You want me to read all that? Lame.
Can’t believe you’re making me READ!
(Kidding of coarse. Excellent points.)

Can you show us your data modelling on this subject?

Give us a baseline for the decision for/against 165 lb division.

Can you show us your data modelling on this subject?

This is the only really relevant data in this topic, IMO (I’ll ignore the snarky, troll-y shit):

Let’s keep it Murican, since the forum is based there. 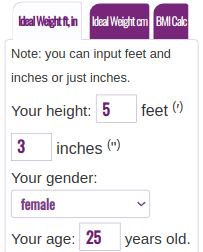 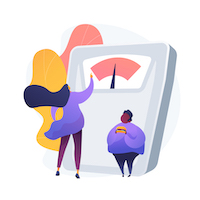 They all seem to put the center of the range at around 150 pounds. Add in some muscle mass and the average male would be in the LW to WW range.

Why jam the largest percentage of the population into the broadest weight class? If talent is close, size makes the difference. I’d much rather see another class of killers than more 125 or WMMA.

Most of the upcoming events are being carried by FW through WW.