who have been disproportionately harmed by it.

So sick of this bullshit newspeak. If a rule is black and white and applies to everyone the same, and one group violates that rule more than another group, the rule is not the problem.

Why do so many keep acting like it is only Chicago? It was not even that weird looking mayor of Chicago that did this but instead

This is the main problem -Jay Robert “J. B.” Pritzker is an American billionaire businessman, philanthropist, and politician serving as the 43rd governor of Illinois since 2019. A member of the wealthy Pritzker family, which owns the worldwide hotel chain Hyatt, Pritzker is based in Chicago and has started several venture capital and investment startups like the Pritzker Group 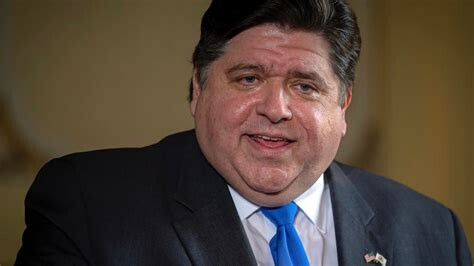 It is a state issue and he is the governor.

Did this fatass eat a few people? I can’t wait for chicago to burn, they so fucking deserve everything they have coming. The way they vote, the way they talk, their fake ego and pride in their cess pool city. Them and NYC can get the nukes any day and i’ll be dancing in the streets.

I’m hoping he sees prison, like many of his predecessors and colleagues.