I'm growing fruits and veggies in a potted garden

Shit, I was so busy planting this weekend I didn’t take any pics.

I put a new blueberry bush in to start the next generation to my older ones. Starting with one in case I screw it up.

There were so many damn rocks in that soil.

The rest of my planting will be some duplicates of the above plus greens from seed, e.g. swiss chard and basil.

Sorry, I don’t have a good canning guide.

Get balls canning book, its awesome and cheap as hell.

Digging the garden, I switched to raised beds because I had my dog get into the garden so I moved the garden to blend into the landscaping. Hope I can get results like you did

Sorry, I don’t have a good canning guide.

Get balls canning book, its awesome and cheap as hell.

Digging the garden, I switched to raised beds because I had my dog get into the garden so I moved the garden to blend into the landscaping. Hope I can get results like you did 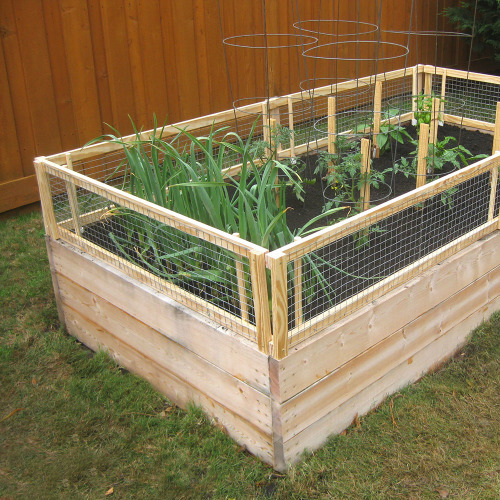 This do-it-yourself pest gate is removable and can help keep out unwanted guests.

I made the my raise beds ( four 8’x4’x20” beds, each buried about 2 inches) this way except I did not use PVC pipes as I was hesitant to use them as some resources stated they could leach unwanted chemicals. I decided to error on the side of caution and just make the gate supports out of wood instead. While I haven’t gotten around to it yet, the eventual plan is to make a wooden frame covered in clear plastic for a temporary greenhouse that will utilize the pest gates supports. Hopefully this will allow we to plant earlier in the year and then extend my growing season by a few weeks. 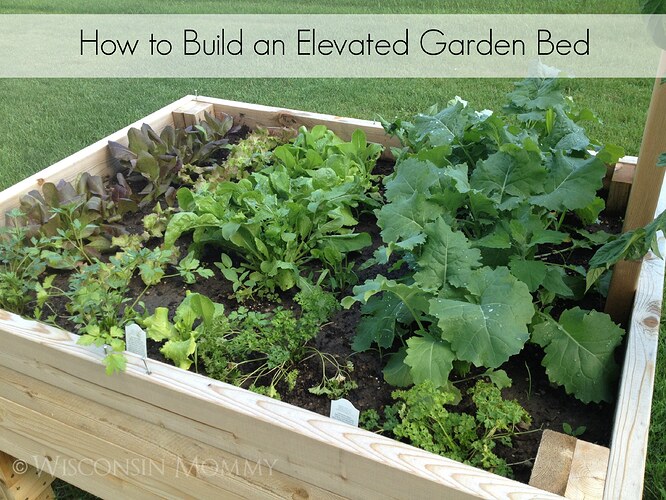 Easy to follow (with step by step pictures) directions for how to build your own elevated bed or raised garden bed.

I made two of these (3x4). Yes I know it’s from “Wisconsin Mommy”…. But they’re solid beasts and have worked well for herbs and salad greens near the back of my garage.

I should stop being lazy and transplant these. 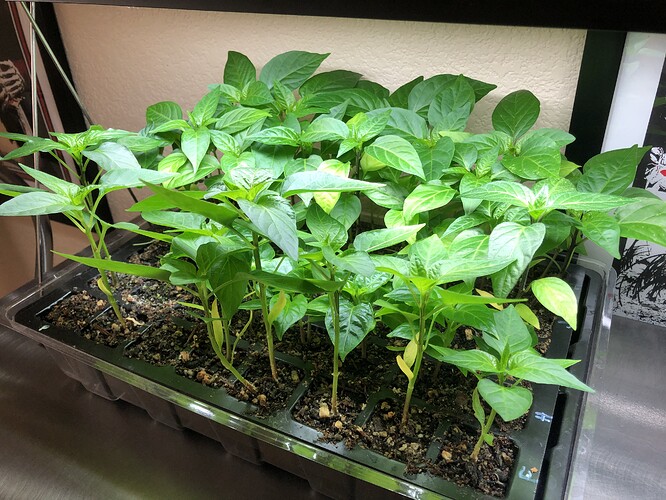 A legacy plant is awesome and something to cherish through the years!

You don’t think it’s too late in the season to put them outside?

You don’t think it’s too late in the season to put them outside?

I’m in Phoenix and I have shit in the ground just planted some starters I have grew from seeds but I do have a 40% sun shade. Whatever zone are you in because it can’t be much worse than zone 9b.

9a - Vegas. I don’t have any shade structures at the moment.

9a - Vegas. I don’t have any shade structures at the moment.

Pretty much the same climate. Half inch pvc pipe from home depot and $20 40% sun shade from Amazon. It was 107 today and everything is thriving under there. 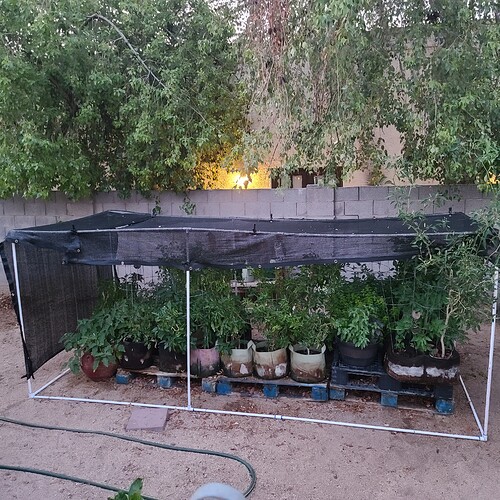 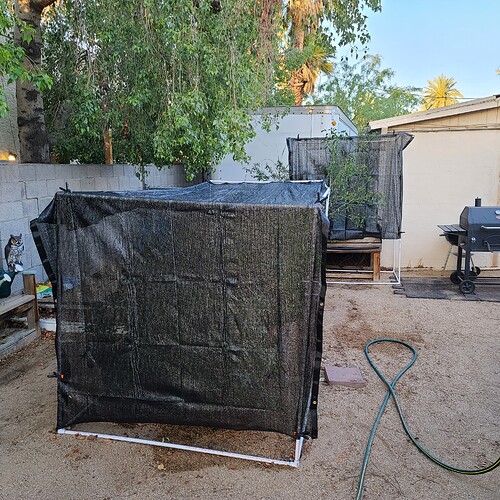 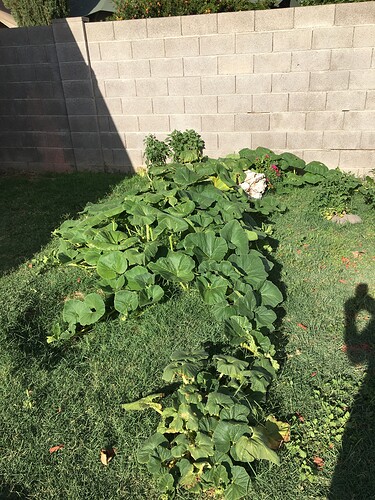 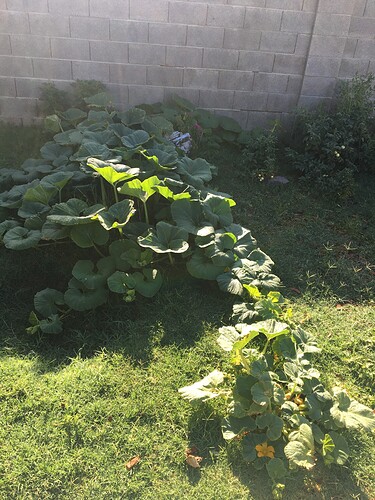 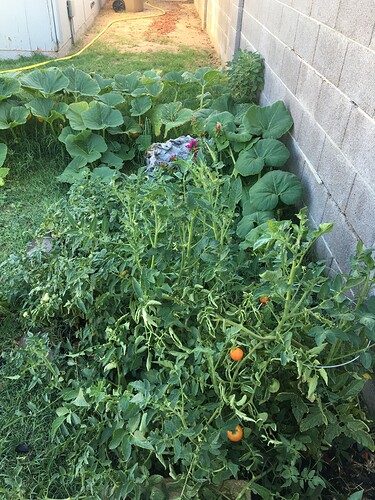 Japanese cucumber did well too

Beautiful we are in squash and melon seas they love our heat. The tomatoes won’t produce now its too hot but if you protect them they’ll go crazy in October.

Good tips ! Yeah I picked a few tomatoes today but my other plants are semi dying / tomatoes are welting. Some damn good tomatoes though & im not a huge tomato guy
I need to do your salsa idea

I waited to long on the cilantro was impressive for awhile.

Think I can still plant some water melon & pumpkins ?

Yup plant those melons and pumpkins now. Cilantro doesn’t like the heat. My peppers and tomatoes are going crazy with the sun shade.

Sweet I’ll plant some this weekend !
Watermelon sounds good & some pumpkins for Halloween would be nice

Ya I need to do a sun shade

I finally decided to do all raised beds this year. I did an experiment last year with a couple of raised beds and they did so much better than the rows I planted. It took a lot of trips to the compost facility to get them filled, and I still need to mulch between the beds. 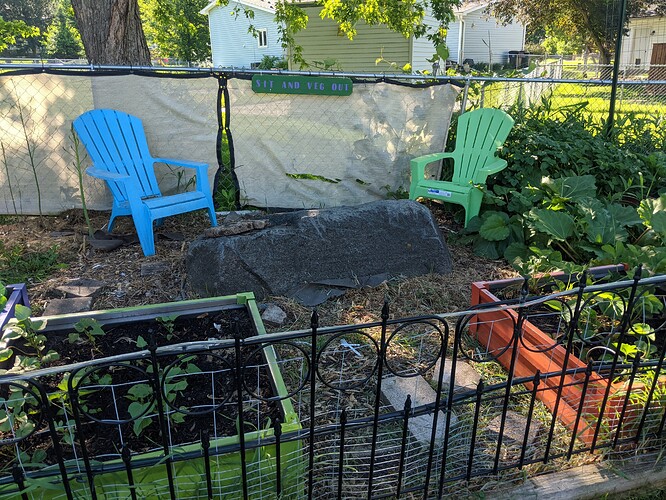 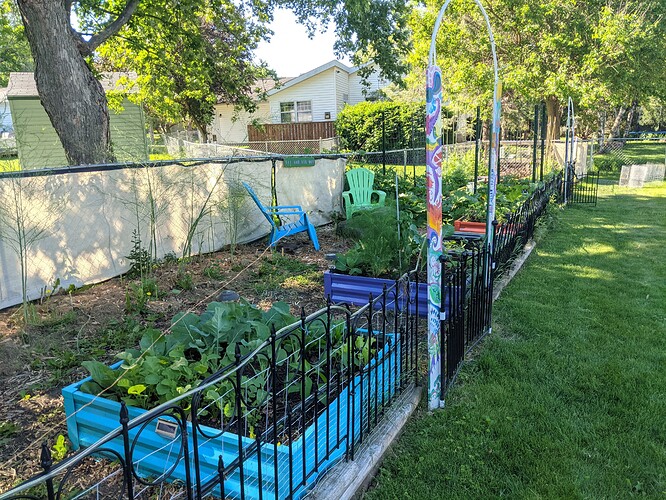 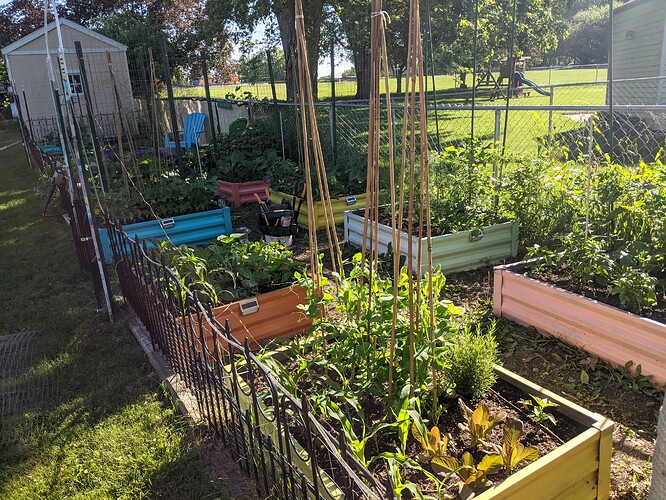 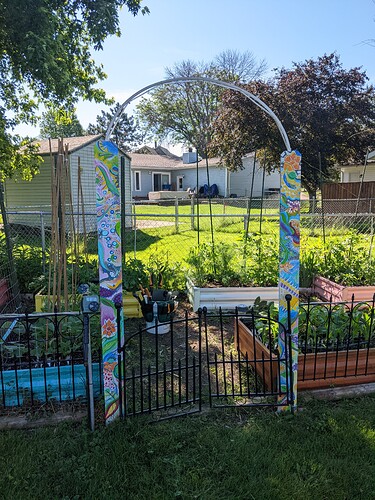 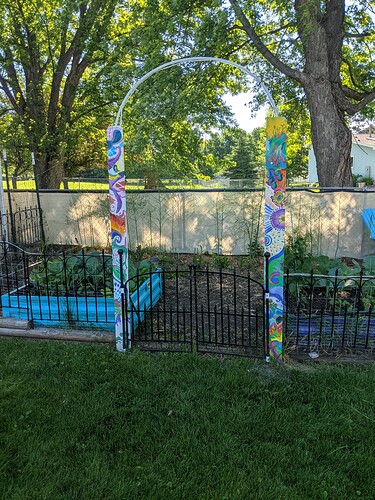 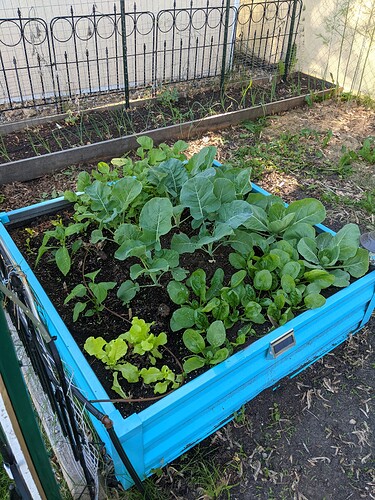 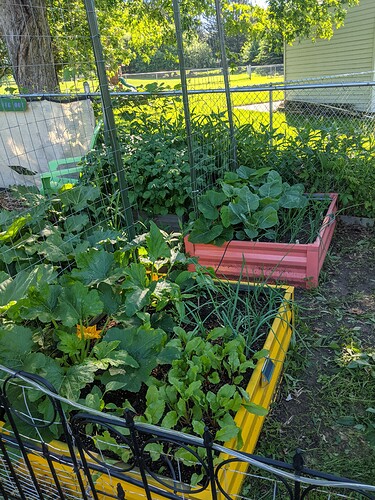