What did Ringo mean when he called Doc Holiday Lunger? Doc Holiday says, “I’m your huckleberry and Ringo says, “Alright Lunger.” At least that’s what it sounds like he says. Is that some sort of old west slang?

As in Lung as in tuberculosis

People who had Tuberculosis were called “Lungers”.

Ok, I understand. Thanks! Then he ends up killing that bastard.

When those two had their verbal duel in Latin……that scene was incredibly accurate and nuanced, which made it SO much more intense. 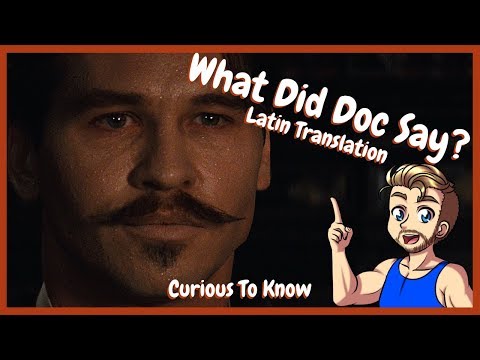 Possibly the best documentary ever made.