Indian Army Tie Muslim to Jeep as a Human Shield

Video of a Kashmir man being used as a human shield by the Indian Army sparks outrage pic.twitter.com/1v92hgnsfB

Police in Kashmir have filed a criminal complaint against the Indian Army after video emerged showing a man tied to a jeep and allegedly being used as a human shield.

Farooq Ahmad Dar said he was on his way to a funeral before being bound to the jeep and driven to at least nine villages in the region.

Charges of kidnapping and endangerment of the man’s life are being considered against the army by police, NDTV reported. Security sources told NDTV that the incident took place on April 9.

The Indian Army have also begun an internal investigation into the incident, reported NDTV.

Video corroborated by RT to be the incident involving Farooq Ahmad Dar has been decried by the public in the region since emerging online.

The YouTube account containing the earliest known upload of the video to public social media was contacted by RT. The channel contains a number of videos from Kashmir showing recent violent events. Footage of this incident is not believed to have been filmed by the account owner.

Beerwah lies less than 30km west of Srinagar, were eight people were killed by police on April 9 after police opened fire on protesters they claimed were throwing stones. 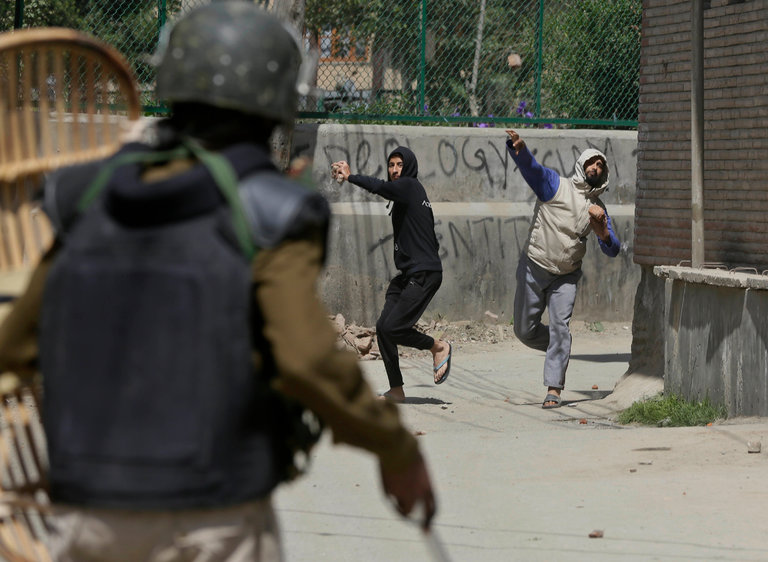 CHILL-BRASS, Kashmir — As Indian forces have tried to quell a Pakistan-supported insurgency in the Kashmir region, stories have circulated for decades about Indian officers’ rough treatment of young men accused of backing the militants.

But it is difficult to point to any single image more disturbing over that time than a video clip that started spreading on social media on Thursday. It showed a young man tied to the front bumper of a military jeep as it patrolled villages, apparently serving as a human shield against stone-throwing crowds.

The man looks dazed and miserable, his knees splayed and one of his pants legs pulled up. Tied to his chest is a piece of paper, on which his name is scrawled. “Look at the fate of the stone-pelter,” a soldier announced over a loudspeaker, a video of the episode shows.

Haha that is awesome

You gonna see more and more military forces around the world using this strategy.  Very innovative of the indian people.

MicroPenis69 - Haha that is awesome

Kind of odd. Muslims want everyone dead, including Muslims. When they don't have non-Muslims to kill, maim, or rape, they kill, maim and rap other Muslims. Source, Islam since it's existed, through time, up to today.

Muslims are without compassion or empathy, so this dude is fucked.

Hitman Herbert - Are we giving the Kashmir dudes guns and money or bombing them? Or both?

I don't think we're involved other than trying to end the conflict. India and Pakistan have been fighting over Kashmir since 1947. Pakistan supports and created most of the terrorist groups there.

he looks like one unhappy pappy perched up there

Muzzies do the same thing, using their own people as human shields to protect the weapons. 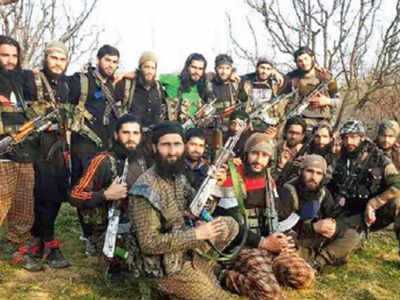 SRINAGAR: Young men, who recently joined terror outfits after being disillusioned with the state machinery, are said to be roaming openly in Shopian district of south Kashmir, posing a tricky situation for security forces who have to be extremely cautious in dealing with them given the local support that they enjoy.

Highly placed sources said that these youths have aligned with the Lashkar-e-Taiba and Hizbul Mujahiddin. "The main advantage that these militants enjoy is the civilian support in areas of south Kashmir. The local residents offer them food and shelter. The increasing incidents of stone-pelting and protests near encounter sites over the past year prove the growing support for them. There have been attempts by civilians to break down the security cordon several times," said the official.Police sources also said that the men also hold small gatherings to address the locals, urging them to "stay loyal to the movement". In one such gathering, the residents were told to adhere to protest programmes as charted out by the Hurriyat Conference.

Leave us the oil and compound...

and I promise you safe passage into the wasteland...

Douchebags fighting other douchebags while a third group of douchebags celebrates the images online.

looks like a fast track to 72 virgins.  Whats the problem here?