Interesting info from CDC on the shot

Yes its a tiktok vid but this guy is pretty good. Funny too.
Its a report monitoring cases hopitalizations and deaths from april 13th to july 17 that was released on september 10th…so yea it was buried in the news cycle lmao

Some interesting things in it. Rough transcripts

Shows that 95% who were not fully vaxxed, got covid. While 5% of those who got it were fully “vaxxed”

The fucked up part. It only included those on the pfizer shot as fully vaxxed. Moderna, J&J or whatever else is out there was added to the not fully vaxxed numbers. 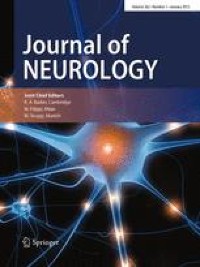 The availability of vaccines against the severe acute respiratory syndrome coronavirus 2 (SARS-CoV-2), provides hope towards mitigation of the coronavirus disease 2019 (COVID-19) pandemic. Vaccine safety and efficacy has not been established in...

THE FAKE MOTHERFUCKING VACCINE IS FUCKING BAD FOR YOU.

Not a comment on Vax vs unvax and all that, but not sure you guys understand percentages.

and this makes the vaccine useless?