The good thing about higher inflation is higher wages

But it was not a hoax.

I cant tell when your serious.

Most of my friends are kicking ass right now.

What seems to be the problem?

What is stopping you from making money right now.

I don’t even have cable. Haven’t watched live TV in about 12 years. That’s your world, Cletus. Just because you’re addicted to Newsmax, doesn’t mean everyone who sees right wing media lies all the time is addicted to MSNBC.

Quit trying to wash yourselves with the imaginary sins of others.

In order for your delusional worldview and talking points to make sense, I must be addicted to watching CNN… it’s the only way I could come to the conclusion that conservatives ignored Reagan’s real dementia, and bringing up Biden’s fake dementia multiple times every day. It can’t be because that’s literally what’s happening. That’s not possible.

Sadly, dimwit conservatives can’t escape their own fantasy world where they think “Biden has Alzheimer’s” and “Biden is a pedo” “what about Hunter’s laptop” are valid political arguments, or that gas prices are the only economic indicator that exists.

Jesus you’re an idiot.
Cable news? Lol, what? Yeah, because that’s where people go for the truth Karen.
And I stopped taking you serious once you argued that Biden doesn’t have Alzheimer’s. Again, it’s you people being myopic and refusing to see the truth.
And apparently you’re too dumb to fully digest my last post.
It’s cool, I don’t expect much from ignorant liberal fags.

Most of my friends are kicking ass right now.

What seems to be the problem?

What is stopping you from making money right now

Where are you putting $20K right now?

Lol at being fine with paying more for everything because the guy you don’t like is no longer in office.
That’s the typical loser mentality 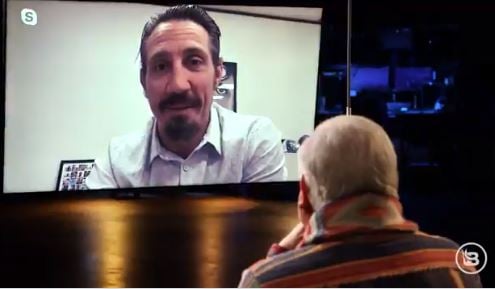 US Volunteer Who Witnessed Kabul Airport Bombing: "ISIS-K and Taliban are THE...

In August Joe Biden turned over Afghanistan to the Taliban terrorists and armed them with $80 billion in US weapons. It was the greatest transfer of weapons to an enemy force in world history. At the same time, 13 American servicemen and women were...

You can’t really be this dumb? You call him “ Cletus”? Are you implying he is a “ Redneck”? I can guarantee that you are a loser in life- that would be financially, professionally , physically and most importantly with the ladies. News flash liberals tend to be broke ass losers not conservatives and those are the facts.

For some reason you don’t see much emphasis on this point here. The job market is on fire. At my place people are leaving for opportunities paying 25%+ more. One guy upwards of 50%. Candidates are getting more from us than ever before. Fire drills with our compensation people seem to be occurring weekly.

Maybe a lot of people here are living in basements or are otherwise not in the workforce?

News flash liberals tend to be broke ass losers not conservatives and those are the facts.

Those are not facts, it’s what ignorant people like you say when you have literally no facts on your side.

Lmao, now this is, and should be true.
However that’s what makes this forum so funny.
Not many liberals contribute to the OG.
But yet the right wingers are on here crying about the price of gas, screaming and yelling through memes.
I’m golfing today in Lafayette CA with some conservatives that were bragging about how much the value of their homes have went up.
Last night I sat around smoking cigars, listening to my brother-in-laws friends bragging about how much money they’re making through their hedge funds.
I asked them a simple question; how are they doing right now under Biden.
They said, fantastic.
They just don’t care for some liberal policies. Other than that, times are good.

Lol at thinking or even believing that those people you circle jerked with are an indication of how the rest of the country is doing.

They are not. As far as the stock market goes it could shatter the ceiling and it still wouldn’t make a difference for a very large portion of people in this country. Those people who don’t have stocks are not gaining anything.

If you think that those guys are a good indication on how the rest of the country is doing your a fucking idiot.

Lol. None of that happened. We never went there. Complete right wing media bs to make Biden look bad

This is the same fuckin argument when Trump was in office. ‘He’s kind of a dick but man, things are good.’ Except the cost of everything didn’t go up 40+% within 19 months of him getting into office.

So why does that have to happen at all? Why couldn’t Biden come in and keep the costs of things down?

What do these California conservatives who are doing so well think about the border, mask and vaccine mandates and the state crime rate?

Or are they just concerned about the values of their homes?

So, Creepy Joe, Sleepy Joe, president Potato and Brandon have all been used a lot but I’m thinking of a new moniker for the current POS in office

It just seems to fit

Lmao so you hung out with some hedge fund folks who are doing well and that’s your proof? News flash most people who work at hedge funds make money whenever. It’s the rest of the population that you should check with. I too am doing better with pay due to my line of work however the inflation is affecting me and if this cocksucker gets his way in 2026 I would be paying 40% in federal tax which would kill me. Almost 3 days a week to pay tax and for what I have no idea