Is China in trouble?

Keep hearing their economy is in trouble. any economist know if this is true or not?

I remember a vignette on 60 minutes showing they have huge cities that are completely uninhabited. Think of a big downtown city that has many skyscrapers and bit condo buildings that are just sitting empty. They built too quickly and the majority of Chinese people can't afford to live there. I would think that would all catch up to them at some point.

I believe the 60 minutes piece was entitled Ghost Cities or something similar.

The pollution they r generating is a massive problem for this and near-term generations of Chinese citizens....

He was out too late partying with international DJ's and is trying to catch up on some much needed troll sleep.

The mayor of Beijing just yesterday admitted that the city is unlivable because of the pollution.

How Scary Is The Slowdown In China? Shanghai Is Refusing To Set New Growth Targets After Reporting A Huge Miss


Of China's 31 provinces, 30 managed to miss their 2014 growth targets with Tibet the only one to hit its forecast as evidence mounts that the country's economy is slowing.

And Shanghai is now refusing to submit a growth target for 2015, the Financial Times says. This, apparently, is the "new normal" promised by Premier Li Keqiang.

The country's growth has taken a hit from a weakening property sector that is struggling due to years of over-investment leading to chronic oversupply that could take years to unwind.

I'm curious to see if EY spins this as western propaganda.

I am partially in the industrial metals market with my business,


and this is one of the largest reasons that there has been a HUGE drop in metal commodities prices.

"China is still the world's leader and the most important country in the world"...... EY

Fake and Abandoned Disneyworld in China

emu67 - Keep hearing their economy is in trouble. any economist know if this is true or not?

Did the US default on its debt owed to China? That would do it. 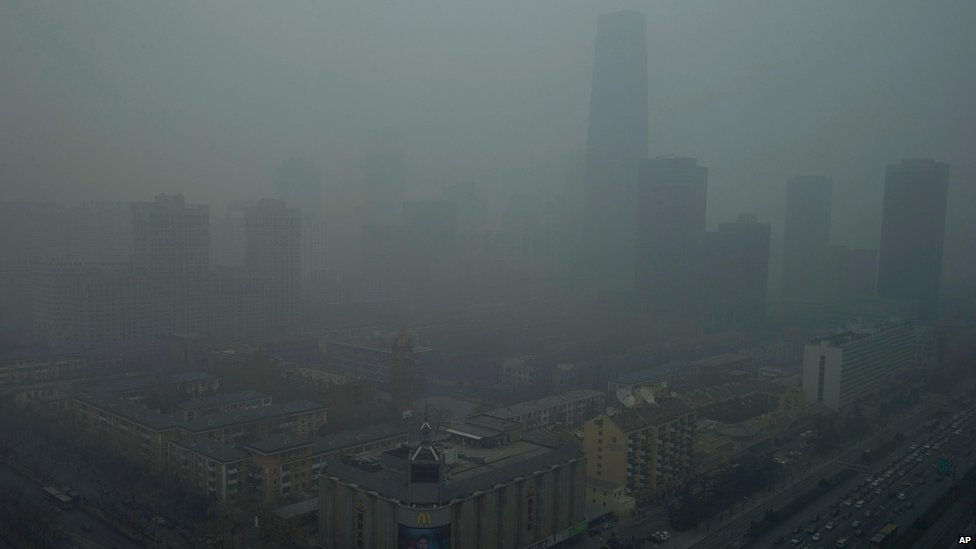 eijing’s mayor, Wang Anshun, has called the city “unliveable” because of its noxious smog, according to state media.

“To establish a first-tier, international, liveable and harmonious city, it is very important to establish a system of standards, and Beijing is currently doing this,” he said last Friday, according to the China Youth Daily newspaper.

“At the present time, however, Beijing is not a liveable city.”

Anshun’s speech came days before the market research company Euromonitor International announced, in its findings on the global tourism market in 2013, that tourism to Beijing had declined by 10% from the year before due to pollution and a countrywide economic slowdown.

Wang, a former official in the state-controlled petroleum sector and in north-west China’s Gansu province, said the pollution was caused by its distribution of polluting factories and skyrocketing ownership of motor vehicles. In his speech, he demanded that Beijing’s polluting factories shut down entirely rather than “irresponsibly relocate” to neighbouring areas of Hebei and Tianjin.

He added that despite the choking pollution, Beijing’s biggest problem was population control, claiming the influx of migrant labour put strains on the city’s infrastructure. The city has 21.5 million residents and is growing at a rate of more than 350,000 a year.

In September 2013, China’s cabinet introduced a sweeping anti-pollution plan, which included prohibiting the construction of new coal-fired power plants in Beijing, Shanghai and Guangzhou, the country’s three most important cities.

“This represents the government is strict with science, truth-seeking, responsible for the people and determined to pursue human-centred administration, improve the environment and safeguard people’s health rights,” said the announcement.

Yet 18 months on, the plan appears to be taking slow effect. Beijing is still shrouded by smog on most days. Authorities announced that in 2014, particulate matter 2.5 – pollutants most dangerous to human health – dropped by 4%, falling just short of the government’s 5% reduction target.

No clue about their economy but I can add this to the thread.
I know a dude who captains some of the biggest freight ships in the world. The ones with hundreds and hundreds of those big steel containers.
So his route is from the US to China.
He says that every trip goes like this.
Leave China with the ship at 100% full capacity, all the containers are full. Drive the ship to the US. Empty the ship. Every full container is taken off the ship and left in the US.
Then the ship is loaded again to full capacity but this time, just about every container is completely empty. He then cruises back to China. Rinse and repeat all year long. He works shifts of a few months on and off. I forget his schedule.
But the point is that they sell us a fuckload of stuff and they buy nothing from us.

Ocean6 - I am partially in the industrial metals market with my business,


and this is one of the largest reasons that there has been a HUGE drop in metal commodities prices.

One of our big businesses is related to commodity metals in China.

Our sales have taken a big dip in China. It's been ugly.