Is South Africa beyond repair?

I believe the answer is yes. The spiral has gotten out of control and once the lunatics run the asylum, it’s game over.

Ive seen some crazy videos, all out war is going on

Ill try and updload a video someone just sent me

It’s on its way to zimbabwe.

It’s a fucked up place not getting better.

Unfortunately I see some parallels with them and where we are headed as well. Though not to that extreme just yet.

Ive seen some crazy videos, all out war is going on

Simmer down there adolf apple.
Who are the lunatics and what war is being fought right now?

The lunatics are the bushman. It will end up like like Mozambique. The blacks will tear themselves apart soon after they are done with the whites.
They will starve and suffer hyper inflation 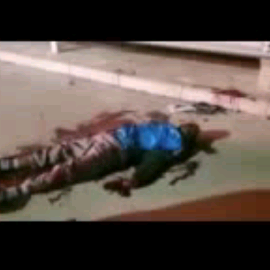 My dad is there right now, but that’s only because he’s at the airport waiting to come home from a safari.

But he’s got maybe 1/2 dozen friends that are either originally from there or used to live there.

Some have family that still live there, and they say it’s doomed.

His friends, and I’ve talked to some of them because they’re mostly friends from our business, say it’s fucked and they won’t even go there to visit their family members that still live there.

I’ll see if I can pics or vids from their family members that still lives of the vehicles they’re driving. They’re basically armored SUVs. Some have flame throwers attached by the doors so they can torch people trying to carjack them.

Talked to a friend in Cape Town recently, it was crazy to me he didn’t seem super concerned. Sure he was talking shit about the government and the criminal rioters and overall corruption but wasn’t freaking out. I think he was hammered. Gonna call him again this weekend.

It seems like it’s been doomed as long as I’ve read anything about it.

I don’t really know what’s going on now though.

The vid I just posted a link to came from my friend.
They had people trying to burn their business down with them inside.
So they fought back

Have friends down in Ecuador that just evacuated there parents out of Africa. No direct threats but they could sense the shit storm coming.

Did they have weapons or did they just stomp him out? Did he die? Looks like that was the end for him.

“Die you mother. You puss”

“Die you mother. You puss”

Anyone else have any more videos? I heard some of the locals are fucking up alot of these looters and even shooting them but not confirmed