Is there anything more retarded than girl's ice hockey?

Yes, yes there is. 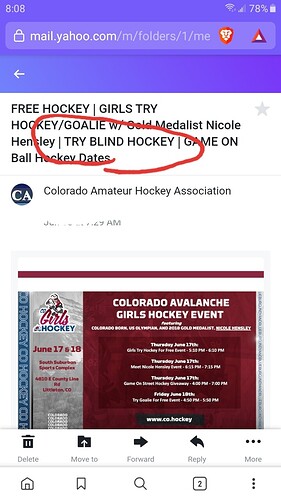 Maybe, just maybe girls softball? They suck at every single sport they ever tried to play.

I like watching all hockey, and girls hockey has a decent amount of skill, but it is a completely different sport then mens hockey. Any decent college mens team would absolutely destroy an allstar womens team, and thats even playing by their rules.

Listening to some of them complain about not being paid like the men, while they skate around, pass, and shot way slower, while all wearing cages on their faces and not allowing body contact… hard to take them serious forsure

Girls sports are dumb. They need to bring back home economics and make it competitive.

The best womens teams lose to Prep School teams. Doesn’t take away the value of the sport to the women involved, but they obviously aren’t comparable

soccer and basketball, both genders

Some of the best female hockey players are pretty good - Hayley Wickenheiser played in a European men’s league after the Olympic games, and not as a goalie. That’s pretty rare though.

If you’re stuck on sports, then games that have been dumbed down to allow for recreational participation by non-athletes are pretty lame. In the slow-pitch softball end of the spectrum, pickleball and ringette are cringeworthy. Granted, they’re mainly local activities that don’t get much television coverage.

If you’re opening up to all human behaviour, then I don’t think you’re going to find a lot of people who will continue to publicly pledge their allegiance to QAnon quite as strongly as they did a couple of years ago.

Except the ones where they are half naked.

For hockey, the main thing is there’s no hitting allowed. WTF

My sister played back in the day. For fun. I get the gals playing it. Why not. But not people watching it ha ha

Back in the day, women’s hockey was pretty atrocious. Not so much now.

I know this is just a skating exhibition, but there’s more than a few NHL players that couldn’t beat that time. YOU SHUT YOUR WH0RE MOUTH, TALK TRASH ABOUT HOCKEY!

I wild each it, that meets their naked.

Female hockey is probably the only female sport I enjoy watching for the sport.

There are other female sports that are worth watching for other reasons, however.