I've got a pretend girlfriend

Stitches on your ass? Ouch. That’s got to hurt. Take care, man.

Sorry, I like taking pictures and videos of random people, she’s been clear I can’t be posting snaps of her and respect that.

Think grace Jones but with a ponytail that sticks up.

. I’ve got stiches on my ass at the minute

Are we just gonna gloss over this?

He gave up that chon chon to Popeye 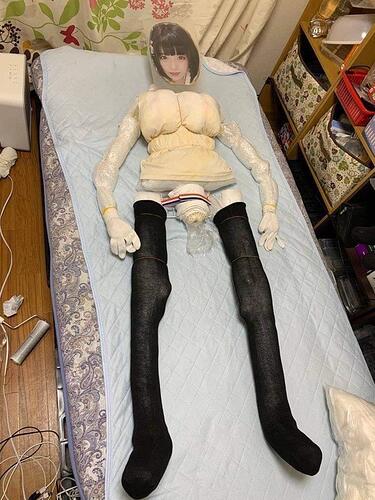 Lol @ hanging with a girl and not wanting to bang. I called it in another thread OP. You messed up bud

My sophomore year of high school I went to a supercross race with mx racing buddy of mine that was about 2 1/2 hours away. He brought his girlfriend and one of her friends, who I already knew. She was very outgoing and bubbly, never met a stranger and pretty hot. She did some local pageants and other things. To my surprise, her friend had decided that we were going to the event as a full on boyfriend/girlfriend arrangement and wasted no time. I already knew the girl, so it was totally awkward, but it definitely caught me off guard. We spent literally the entire car ride, dinner, event, and car ride home embraced and physically interacting just like a couple would.

Afterwards we parted ways and went back to before, with a mutual acknowledgement that it was a one-off thing.

It was an odd event but also kind of funny and actually fun.

I met my girlfriend at a club, she had accepted to danse with this Arab dude and after the danse she tried to leave the danse floor and the dude got aggro and tried to grab her. So I told him to fuck off.

She didn’t realize what kind of ghetto club the basement of Sir Winston Churchill pub turned into after midnight so I told her we could pretend to be together and nobody would come near her. I’m not a big guy but I always look on edge and people stay the fuck out of my way always.

21 years later and she loves telling that story to everyone, the kids love it too

Yep, keep the woman at home with the kids and just bang all the chicks you can while you are still young and in your 30’s.