His chin is done.

You realize that Rakic is gigantic? No way he makes middleweight. He’s a massive light heavy.

Didn’t Yan use to fight at MW?

Edit- reason I thought is he’s fought a lot of former MW’s.

He wasn’t being kicked in the right knee though.

Yeah but his left leg was compromised so his right leg was carrying a bigger load. Makes it more susceptible to an injury. It happened to me. I tore the MCL in my right knee and I ended up with a bad MCL sprain in my left knee because I was putting so much weight on it.

Edit: Good looking out for the thumbs up Chilz, even though I put the same leg twice. lol. 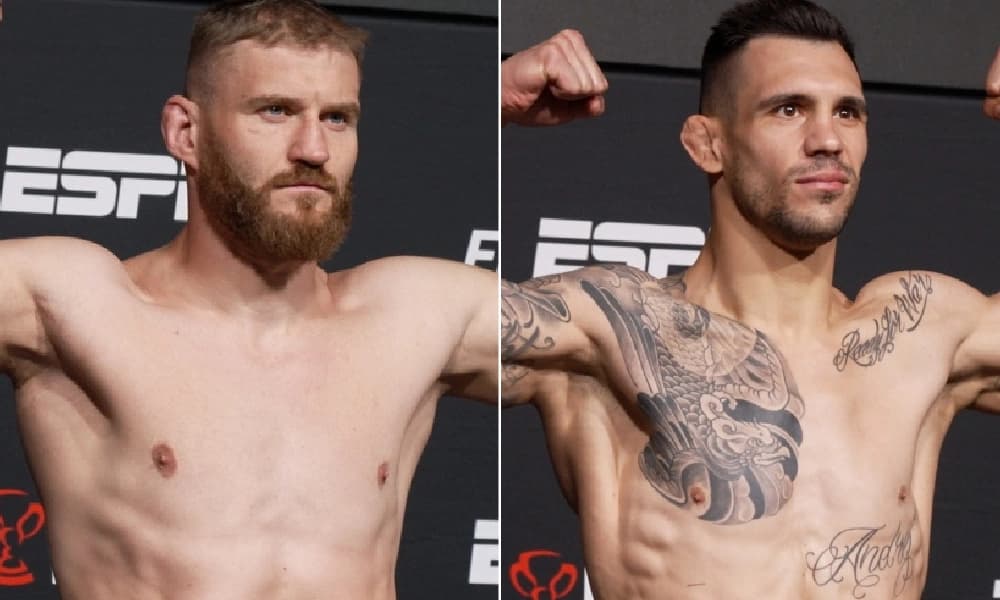 Yes, but the strain and stress from having to put more weight on that other leg could have played a part. Especially the missstep.

I cant argue that. I inferred from the post that he thought the injury was the direct result of 12 kicks to the right knee.

Jan is such a great striker. Not only is he powerful, but he’s tricky. He’s intelligent and finds openings that most fighters don’t. He is great at finding the angle he needs and tweaks his combinations based on opponent, his adjustments are high level. He works the body, head and legs well. Just when you figure out how to stop his left look he starts landing to the body. Then he kicks your leg and finds a way to slip your shots. He’s almost 40 and just out struck a 30 year old fast, explosive, former kickboxer. Jan is a fucking stud.

I said it earlier…maybe its just not his style but i think rakic stood directly in front of jan too much. No circling, no using his speed advantage, no attempt to make the older, less mobile fighter expend energy

I’m convinced Jan Blachowicks is made of freakin stone. Loved those leg kicks and defensive checks. He was chin tagging Rakic easily, always finding his mark. It was a matter of time before the polish power KO. However his powerful Thai kicks, calf kicks, did the trick. Broke Rakic down nicely.

The doctor thinks MCL and LCL for Rakic. You see something pop on the replay.

I said it earlier…maybe its just not his style but i think rakic stood directly in front of jan too much. No circling, no using his speed advantage, no attempt to make the older, less mobile fight expend energy

Yes good analysis. Rakic showed his inexperience tonight. He said he wanted to use the speed but that doesn’t mean you stand there and go tit for tat with a high level striker. He may be faster but Jan has better technique and reads. He played right into Jan’s game. I think he also thought it would be easy to hit Jan and when he wasn’t…he was easily frustrated and got sloppy. Didn’t check a single leg kick.

The doctor thinks MCL and LCL for Rakic. You see something pop on the replay.

That pop was nasty.

I feel Yan got his confidence in himself after flatlining Luke. Sometimes that’s all a fighter needs to find himself. The mental aspect as you know is huge. Put that together with his skillset and here we are.

I thought Jan was landing the cleaner shots up and down on the feet, Racik was obviously the faster fighter and was obviously game. He was also making the smart adjustments. Unfortunate end is right.

He would layd and prayed to a victory if the didn’t pop. But you gays are right . He was frustrated in the stand upp.