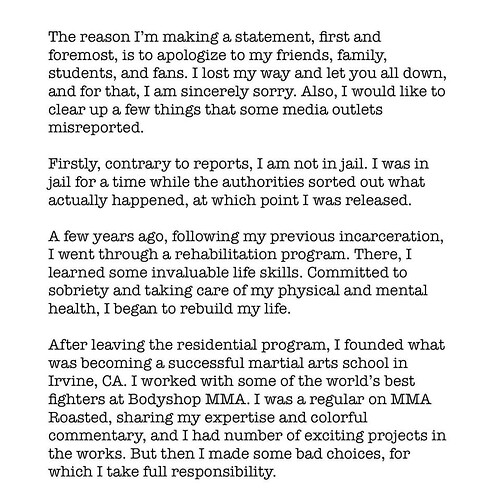 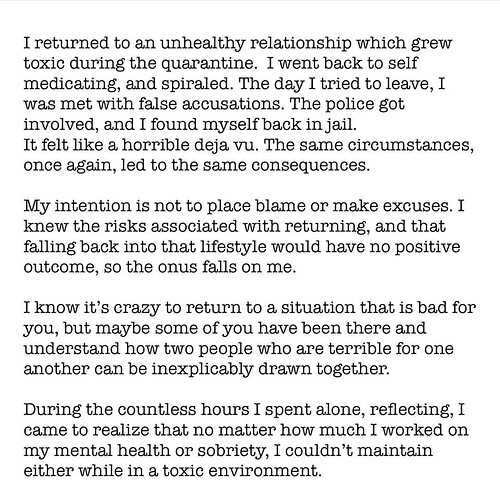 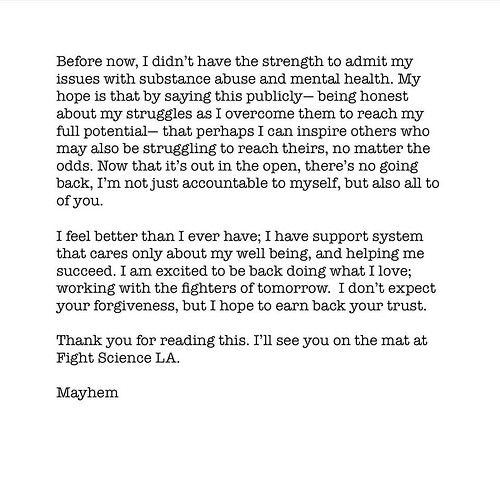 Sounds good. Actions speak louder than words but this message seems to have a lot of accountability which is always good. I wish him the best.

Also just last week discussing fights with a 28yr old(I state his age to express his context of mma is limited), and he kind of suggested Mayhem wasn’t that good and I had to correct him and say for a period of time Mayhem was one of the elite best. His fight against Jake Shields proved how good he is.

Anyways, I hope the best for him. 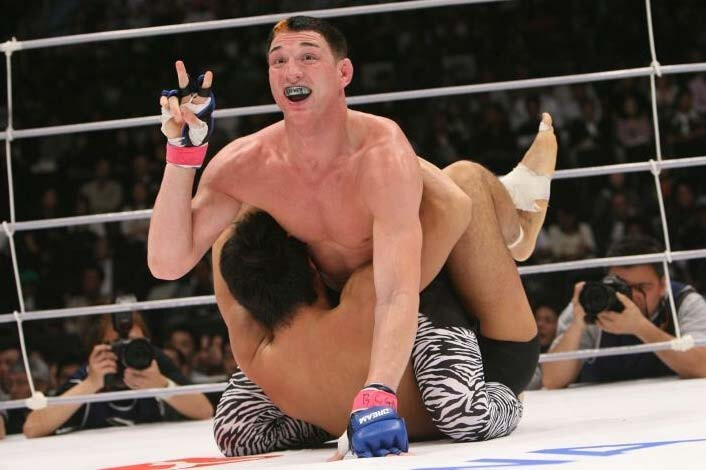 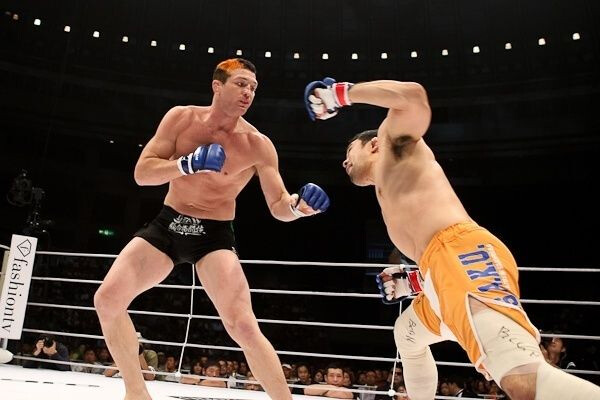 We Go Back personally a long way. I really wish him the best and hope for a return to society I became a much bigger fan of Mayhem when he was on MMA Roasted, wishing the best and a strong return to the podcast.

That’s just the big names. He had a very long career and fought people with names before they had a name, for the most part.

He was the type of fighter if you’re a fighter, you hate to fight him. He was extremely durable, very dangerous on the ground, and just incredibly hard to break/finish.

What is The source of this statement ?

You talking to me?

As someone who is in recovery and someone in school to be a addiction counselor, I applaud mayhem for this statement. Him saying this shows he’s taking the right steps to living a clean life . It’s takes a man to admit what he just did and as addicts we tend to always put the blame on everyone else . I wish him the best

Great post. Mayhem is a very talented and entertaining guy. Hopefully, this time is for real and he straightens his life out. I think the key to that is training hard and having sober friends.

I certainly wish him the best, but there have been too many “this time will be different” statements from Miller for me to have any real belief he will truly get his shit together.

A few things in the statement caught my attention. He is far too concerned about what his “fans” and other strangers think. To truly heal, he has to learn to make his own mental and physical health his number one priority. Online feedback is one of the most toxic things in existence and he needs to shut all that shit out and be all about him and saving any personal relationships he still has.

Also, there was a lot of passive language in his statement, and a lot of euphemisms. The “unhealthy relationship” part seems to put a lot of blame on the chick he was with. It was HER toxicity that made him “self medicate” and HER “false accusations” that put him in jail.

Later on he deflects responsibility for getting back with her as something “inexplicable”. Until he can start explaining the inexplicable, he’s going to find himself in the same old shit.

Again, I wish him well, but I put the over/under on his next arrest at 12 months.

maybe i am nitpicking, but i was thrown off at him signing off as mayhem and not jason since he was getting mad at people for calling him mayhem. I am happy he’s getting himself together and that he’s in a better place. 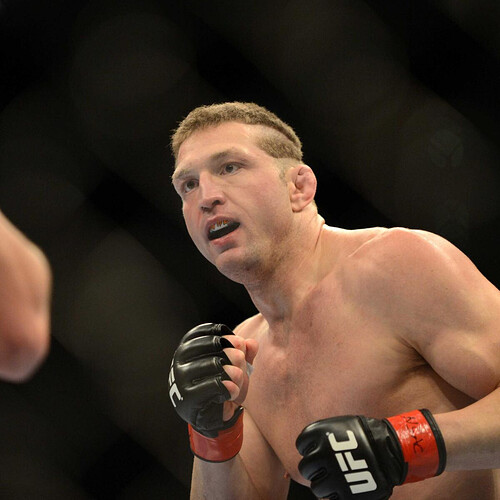