Brilliant guy. But this idea is a dud that’s going nowhere:

“I literally want to go in front of the IOC, the International Olympic Committee and pitch pro wrestling as an Olympic sport," Jericho said during the latest episode of his official podcast. “Now, you might go, ‘How can you do that? It’s all,’ now, hold on. Stop right there.”

Jericho continued, “Gymnastics, pairs gymnastics, figure skating, pairs figure skating, what is that? It’s two people working together to put on the best performance possible. There is no way we could not do the same with pro wrestling.”

Although it might be a way to get Kurt Angle one more gold medal.

Can he do it twice with a broken freaking neck…and pill addiction?

I understand what he’s saying but no.

I was joking there.

I would hope so

It would be the worst thing to happen to matches since meltzer ratings. Can you imagine how much more scripted, elegant, “artistic” and clean the matches and industry would become?

Is he at all serious? Because he can’t be serious.

Depends on how it’s scored I guess. Because I would imagine Ricochet/Osprey styles would get medals over Benoit/Dynamite kid styles.

Personally, Vader powerbombing the spinal cord out of some chubby jobber deserves a gold medal.

Depends on how it’s scored I guess. Because I would imagine Ricochet/Osprey styles would get medals over Benoit/Dynamite kid styles.

Personally, Vader powerbombing the spinal cord out of some chubby jobber deserves a gold medal.

Exactly this. Everything would turn into richochet/osprey. Theres a time and place for that but that shouldnt become the “standard” for prowrestling. In fact there shouldnt be a single standard on what a prowrestling match looks like. The only fundamental thing a match should be based on…is getting the crowd invested. The method to do that is going to change depending on where its held, who is involved, and the when and why of it all.

Only if Cornette is a judge!

But seriously, I could see it actually working of you went back to the basics of pro wrestling, and that is you and your opponent appearing to hurt each other without ever hurting each other. None of the “floppy floppy” stuff where you are obviously cooperating with each other, but have a solid, match that you cannot tell is not real.

It’s performance and I could see it working. It’ll never happen, but could work

Is he at all serious? Because he can’t be serious.

No, he’s saying it to keep his name in the news.

Why not. The Olympics are super gay already.

Pro wrestling is dumb, as in really dumb. Bodybuilding in the Olympics makes more sense than pro wrestling.

Now, with that said, let us never forget that the Olympics destroyed judo. If it wasn’t for them then we probably wouldn’t have or need any BJJ gyms, everyone would be learning judo in all of its original glory. newaza, leglocks, and all. 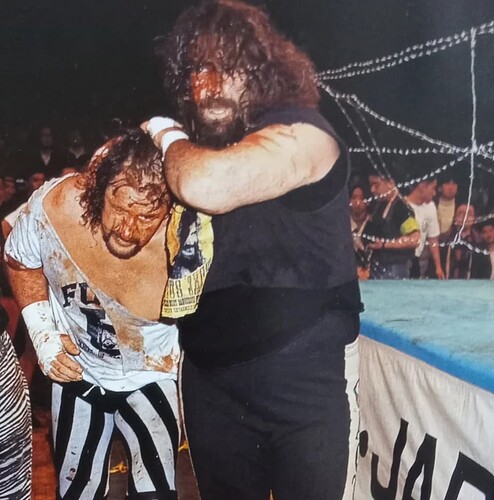