Jericho to appear on Broken Skull

I thought the same thing but part of me thinks its purely to entice more people to cross over and order peacock for the network.

Interesting how he was about to check & then double-check with Vince, but Steve says it’s otherwise hard to get ahold of Vince these days - he doesn’t answer calls, takes days to reply to texts…

You know what Vince is like he would make Jericho a ridiculous offer just to take him away from AEW if felt like it.

This. Hed offer a huge sum of money and not even use him just to keep his toy out of Khan’s hands.

I mentioned Takeover and pricing promos making me probably decide to order in spite of Peacock, but was remiss to not mention that this is almost as big a draw to me as Takeover and what truly finalized my decision to order. I don’t want to just read a recap. I want to find out how the interview goes as its aired and fully enjoy it.

I agree with those around the net who say This shows Vince doesn’t fear AEW, but that has nothing to do with whether he SHOULD fear AEW. But I don’t think he should fear AEW either. AEW pales in comparison, as a threat to WWE revenue and market share, to the threat posed by how lame the product is, Raw in particular. WWE is still so far ahead that they have to (continue) beat(ing) themselves long before AEW can beat them or even take money out of their pocket to a concerning degree.

I predict everyone on Twitter being mad at Jericho for being too nice to the wwe.

He surely ain’t got much left in him?
Maybe a new series of Man Vs Food?

Buuuuut, he likes to tease… 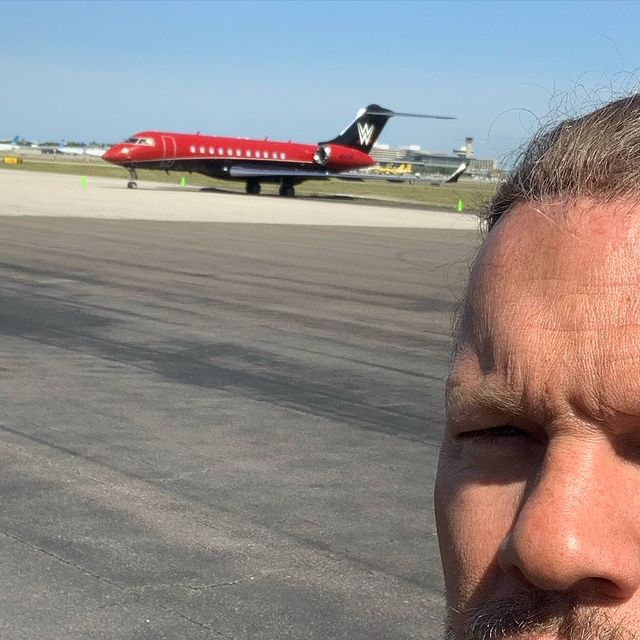 Listening to Jericho talk to Christian on his podcast it almost sounded like Chris has some sort fo equity stake in AEW. I could be way off base, just the way he phrased everything “our company”.

This episode is up now on Peacock/WWE Network if anyone was wondering. Thought it was supposed to be released right after Mania but looks like they released it early.

Just finished it. It was pretty good.

Anyone else get commercials while watching ?

Anyone else get commercials while watching ?

Yes. Unless you pay $10 or whatever it is you get commercials for the on demand library every so often, I think it’s like every 10-15 minutes they give you one.