JFK Revisited: Through The Looking Glass

I only watched it about 6 or so months ago. I was suppried how good it was. For some reason i was avoiding it for years thinking it would be tacky and I thought i was already pretty educated on the subject.
I had no idea about any of the jim garrison side of things.

So. The thing is. I feel like an idiot.
You haven’t directly said it, but I’ve seen heaps of footage of witnesses saying there was a hole in ithe back of Kennedy’s head.
The problem seems to lay in the fact that some of the official autopsy reports suggest there was absolutely no hole in the back of Kennedy’s head. Just a small entrance wound.
That’s clear tampering with evidence.
The article link and this guy spelling it out made me twig.

I had a feeling this whole case was based on corruption of evidence at it’s crux.
I know im slow off the mark but is that the case ?

Like I say,the medical evidence is a damn mine field & you need a damn mine sweeper.In a way I feel like Humes was trying to tell us something.He was honest about some things & dishonest in others.

The big hole in the back of the head,was probably in the first autopsy report that Humes burned.This is just speculation on my part.

What is strange about the existing autopsy report is Humes descriptions & measurements.Clearly Humes is describing in the autopsy report of lacerations that don’t come from bullets,but rather from a scalpel.The autopsy report makes it sound like a bomb went off in his head.

Your best bet bro is to go with the Parkland Dr’s,nurses & witnesses.These witnesses testimony is before any corruption was involved.

Two bullets into Kennedy’s head.One from the front & one from the rear almost happening simultaneously,with the back of head happening first.

I wish that I could remember Humes exact words to a question while under oath.

What are these obligations?

Two bullets into Kennedy’s head.One from the front & one from the rear almost happening simultaneously,with the back of head happening first.

This is what they guy in the documentary I posted was saying. It would explain a lot.
I haven’t actually heard that theory before.

The thing with people who don’t believe in conspiracys always go to is " there would be to many people involved to keep it secret " . It sounds like a good argument but in reality I don’t think it’s true.
First of all I don’t think you need that many people involved. Maybe 1 or 2 hundred, tops.
Second. When it comes crunch time a lot of people are going to look the other way. For various reasons. The greater good, doing the right thing , fear , or even just the sense of being part of a secret.
Third. That’s not a lot of people to drown out over the white noise of the media machine.
Fourth. People cant actually wrap their head around a lie if it’s big enough. Their default will be to trust in authority.
Fifth. We saw how there is tenticals in institutions that the deep state have to push an agenda. Jfk was a good example of them being able to cook up the outcome they wanted. Same with Clinton’s shady shit as governor of Arkansas ( extends much futher than that )
To the whole consensus on the covid agenda being top down . To the most glaring examples of how they can say 50 intelligence agencies officals say the hunter laptop was bullshit.
You can throw 9/11 in there as well.
There’s example after example of this just being the way the world is. At this point it’s hard for me to see how people can’t see the examples of narrative control and secrecy.
Point being , i dont think it would have been that hard to get to hume. They probably got him to sign that contract saying he can’t talk about it under penalty of court Marshall that they made a lot of them sign.
The thing people need to remember is these agencies can do all manner of illegal and shady shit. They are never going to be brought to justice. There is almost no way to go after them.

There are a couple of people in this thread that will say that the limo driver hit the brakes,causing JFK’s head to go downward.The conspirators could not eliminate the shot that came from the front,so they went with the “jet effect” theory.

The 4 foot halo of brain matter that Homer McMahon seen should not evaporate or disappear in one frame.

The conspirators combined both shots into one.

Lots of fuckery going on with the Zapruder film.The black blob,the left turn onto Elm Street,the limo almost coming to a stop & the headshot sequence.

*Before you call bullshit,I can remember Homer McMahon saying that he seen 8 shots.It might have been Dino Brugioni that seen the halo of brain matter.Both of these guys worked the weekend of the assassination.

** These guys did the work (briefing boards) at the NPIC or the super secret Hawkeye Works.

*** Brugioni is the one who worked on the briefing boards that are not in the archives.

Yeah,it was Homer who said he seen the 8 shots & it was Dino who said that he seen the 4 foot “white cloud” of brain matter.Both of these guys worked at the NPIC.

Homer & Dino’s work was done “after hours” and their supervisor tried to keep it secret from each other.

Lots of fuckery going on with the Zapruder film.The black blob,the left turn onto Elm Street,the limo almost coming to a stop & the headshot sequence

Interesting. I hadn’t thought about that before

I did some snooping around & found this.I don’t expect anybody to read it,because it’s very long.I thought that I posted in the thread,but I did not.

Still looking for the 8 shots,but you have this for now.

Jeremy Gunn: Yes, I’d like to go back to something you said earlier in the interview where you said, “When I recall…he took three hits, possibly four,” and it wasn’t clear to me if he was, were you were talking about Kennedy or Connally. Did you reach a conclusion as to the number of hits on President Kennedy?

HM: My guess, I thought six or eight, but the consensus was two or three. They said it hit Kennedy and hit Connally, ricochet… 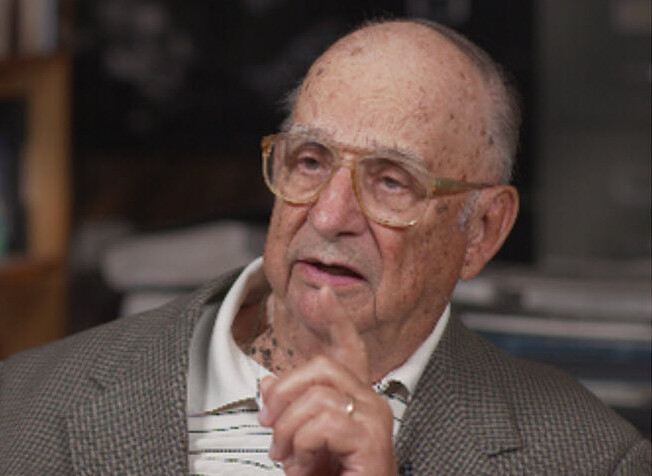 Another challenge not accepted by Posner in person about a day ago.

“I actually replied to all of these. Oliver chimed in on Weiner. I even challenged Posner and Kirchick to a debate. I did debate a Chomsky acolyte–Bob Buzzanco-- and I think I did pretty well. He’s still sore at me.”

It was James D who issued the challenge.