I remember Jiri and Nemkov were on RIZIN’s debut card in the OW tournament that King Mo went on to win on NYE two days later. Moldasky was in the GP in the alternate fight which he won. Tokov was on the card but not in the tournament.

n the semis on NYE Jiri TKOed Nenkov and then went on to be KOed himself by Mo in the finals. Jiri is 12-0 since that loss.

The four fighters are all in UFC/Bellator now and are 13-1, 9-2, 9-1, and 8-1 since their debuts at RIZIN 1. So in the time they have gone 39-5 they have also won a Bellator LHW title and now earned a UFC title shot. If Tokov was healthy he would have earned a Bellator title shot by now as well since he is 5-0 in the promotion with four finishes and beat a former champ in Shlemenko. Moldosky should have earned a Bellator HW title shot by now as well as he is undefeated in the promotion at 5-0 too but their HW champ hardly defends the title and is fighting in the LHW GP instead of defending his HW title.

Anyway RIZIN 1 was terrible because they let Aoki brutalize an old crippled Saku but at least the promotions debut introduced the world to some elite fighters when they were green. All three fighters besides Jiri are on Fedor Team. 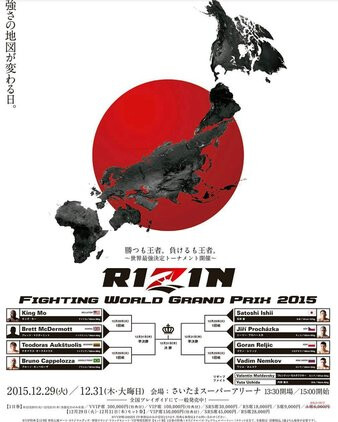 RIZIN 1 was also awesome because during the intro they had Takada in the diaper on the drums like in PRIDE, Lenne Hardt doing fighters intros like PRIDE and they even played the PRIDE music and then Saku entered the ring during his introduction.

It was a cool way to honor the GOAT MMA promotion. 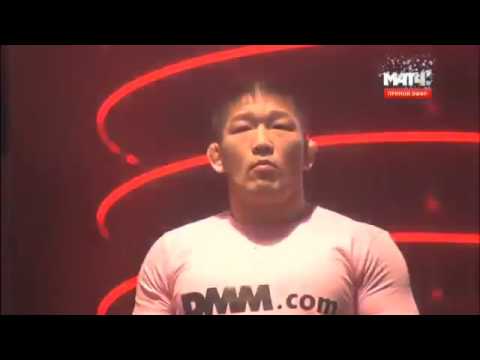