Jiri OUT of 282, Glover Turns Down Replacement, Anklaev vs Blachowicz IN 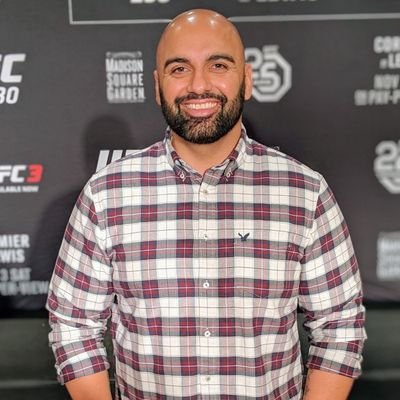 I mean seriously. Ever since John Jones left this division has been grade A putrid

The division has sucked since his second fight with DC.

Worst shoulder injury ever, he’s not even in a sling.

I know right, his arm is still connect to it too. What bullshit

How do you think Vadim would do in the UFC?

That shouldler looks like it’s about to fall off. He can barely hold his phone.

I slightly favor Ankalaev over him and Jiri

I agree with Glover. Ankalaev couldn’t be more different of a match up than Jiri. They’re like opposite sides of the spectrum.

Shitty news. I had my eye on Jiri way before he ever got to the UFC because he was so unique and fun to watch. To see him not even be able to defend the belt one time and be a fart in the wind of the UFC history books is kinda sad.

But big props to the guy for not wanting to hold things up and vacating and being okay with working his way back. That’s a stand up move and hopefully the UFC pays him back for it with an eventual shot.

If not, it’s either Glover, Jan, or the Abe Lincoln/Ramzan Kadyrov mountain inbred love child as your new champion.

I heard rumors he was going to be figuring cro cop in Rizin years back. I wanna say like 2018ish. That’s when I first heard his name

They’re saying it was Ankaleav he didn’t want to fight on 2 weeks notice, and they weren’t interested in the Jan rematch.

Yeah but Glover can simply say yes or no… and he chose no. But it’s for the BELT. Champs fight 2x a year, if that. So Glover is not even guaranteed to be the next to fight for the belt after this one, and at 43, he has to fight Father Time too. I don’t get it.

I mean I could give 2 fucks about this division now

What worries me about Magomed is that he doesn’t seem as athletically gifted as someone like Jiri. Jiri already has a win over Vadim but if they were to rematch it would be two completely different and evolved fighters

Yeah I agree. Ankalaev is the least interesting to me of them all but he also seems the least likely to make mistakes. His only loss is something ridiculous like 4:59 of round 3 of a fight he winning. Outside of that he has been flawless if uninspiring. Jiri, while probably one of the most exciting fighters around, leaves himself wide open which is hard to imagine working on a consistent basis against other top five fighters.

Should be Jan vs Glover rematch

God fucking awful it has been. Jiri injected some excitement to the division but it’s still very lacking … I’d love to see Corey Anderson and Nemkov come on to the ufc

Just ignore what Vegito says. He doesn’t know anything about MMA. Why would Corey come back when Jan put his ass in a coma?

Jiri injected some excitement to the division

The version of Corey in bellator seems more refined and aggressive. He put it on nemkov in their first fight and that was impressive. Besides, ufc 205 needs more contenders