Joe Cav is Back in the Promoter's Saddle 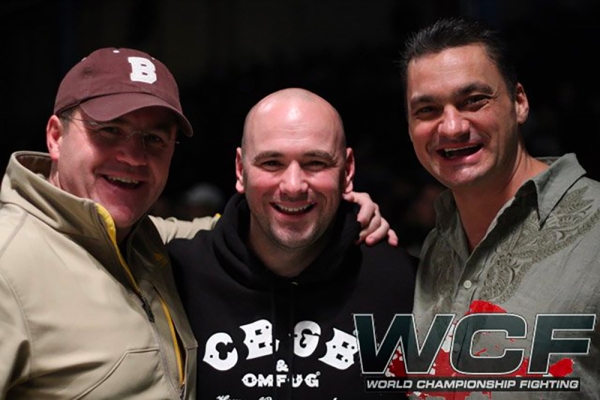 Longtime Dana White pal Joe Cav is back in the promoter's saddle – and he...

When hotel doorman Joe Cavallaro met the new 18-year-old bellman hire named Dana White, he would’ve never imagined his life journey would change from there on out. 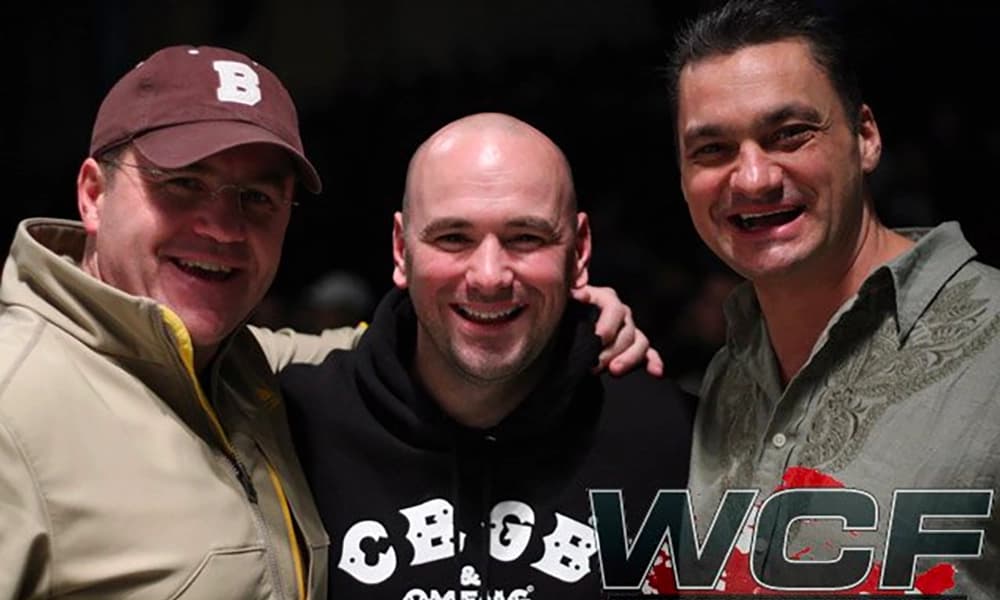 Joe Cavallaro was working as a doorman in a Boston hotel when he met a new bellman hire who eventually changed the story of his life.

The new 18-year-old bellman was a kid named Dana White, and he later took Cavallaro (known by practically everyone as “Joe Cav”) to places he never imagined he’d be.

Nearly 40 years after meeting the future UFC president, Cavallaro admits his life took a wild turn, simply because he befriended a co-worker who shared a deep passion for combat sports.

“I had this fairy-tale life,” Cavallaro told MMA Junkie recently. “… I’m a die-hard fight fan. I’ll watch anybody fight – as long as it’s a civilized fight. I wouldn’t watch a street fight. As long as it’s a competitive fight, I’d watch two nuns fight if they decided they were going to do it. It’s just the way I am.”

While he’s worn a number of combat sports hats over the years, Cavallaro is just that – a fan – more than anything else. It all started with karate for Cavallaro, who ripped kicks with the Revere Karate Academy in Revere, Mass., until he ended up at Nautilus, a behemoth workout gym that opened in the area.

While his kicks were powerful, his punches weren’t well-received at the new gym, however. One day, Cavallaro was called out by Joe Lake, who took him under his wing and taught him how to box. He entered Lake’s training circle and there he met Dana Rosenblatt, a future standout boxer whom Lake managed. Oh, and there was a guy named Joe Rogan, who trained taekwondo.

Sure, Cavallaro learned new techniques and skills. He implemented previously foreign aspects of combat sports into his repertoire. But more than anything else, he learned the business from Lake during the rise of Rosenblatt’s boxing career.While all of this was going on, White was far gone from the hotel. He was on to bigger and better things across the country in Las Vegas. Despite dozens of states of separation, Cavallaro remained in touch with White. The two traveled all over the world for not just UFC events, but boxing, too. Cavallaro even was in White’s wedding.

When White purchased the biggest MMA promotion in the world, Cavallaro’s life trajectory really changed. Fandom became business, all in one.

“When he bought the UFC, I was selling technology for about 15 years,” Cavallaro said. “He said to me, ‘You should think about managing some of these guys. It’s fun. You know the business and I trust you. I’d rather deal with you than anybody.’ I said, ‘You know what? That makes sense.’ So I got a guy named Sam Hoger. He was the first guy I ever managed.”

Hoger was featured on the inaugural season of “The Ultimate Fighter.” Notable names like Kenny Florian, Marcus Davis, Patrick Cote and Drew Fickett jumped on board with Cavallaro. His stable was growing, as was the sport.

“I had some of the top guys in the business,” Cavallaro said. “What a blessing to be a part of that. What a cool thing. I was working full-time as a salesman, so I was traveling all the time. I was single and I would have an excuse every weekend to go to a fight somewhere, whether it was a local fight or the UFC.

“The UFC was only doing it four times a year at the time. But I’d go to all the big fights. I’d have guys competing in the show. Not only was I enjoying the event and being part of it, Dana always treated me with respect. He was nothing but generous to me.”

In 2007, Cavallaro had a conversation with his mother, which opened up his eyes to a void that needed filling. MMA was big time, but his region was missing the opportunity for fighters to build to the next level.

“I knew that there was an opportunity because my mother would be telling me why she thought Chuck Liddell was going to win his next fight,” Cavallaro said. “People were starting to watch this. It was starting to become mainstream. So I said to myself, ‘I’m going to start a promotion.’ I started a company called World Championship Fighting (WCF).”

From 2007-2011, WCF held 11 events and produced notable names such as Jon Jones, Calvin Kattar and Rick Hawn. The events were popular in the region, and even attracted some celebrities like Kevin James and numerous members of the Boston Celtics to attend.

When real estate opportunities were too great for Cavallaro to pass by, he stepped away from promoting, a decision that was expected to be temporary. A year off turned into two, then four, then 10. The plan always was to come back, it was just a matter of when.

In 2020, Cavallaro finally made the decision to reboot – poor timing. The COVID-19 pandemic foiled his plans before they even were finalized.

Now back in the saddle, Cavallaro has officially launched Combat FC. Its first event is Friday at Shriners Auditorium in Wilmington, Mass. The event will stream on UFC Fight Pass.

“We’re back and we’re back for good,” Cavallaro said. “With this UFC Fight Pass deal, it changes everything.”
The inaugural event features Dana White’s Contender Series alums Rico DiSciullo and Tim Caron, as well as the MMA debut IBJJF standout Fabio Alano. More events already are in the works, too, Cavallaro said. To start, Shriners Auditorium will be the home, but other states in and out of New England are on the horizon.

Oh, and the 18-year-old kid he met nearly 40 years ago will be watching, too. Unable to attend in person, White has made it known he planned a remote viewing party to see if “Joe Cav” still has his promoter touch after all these years.

“Thank God I have great people working for me,” Cavallaro said.

Actually,I am not familiar with this guy.

Actually,I am not familiar with this guy.

Sounds like Fight Pass kicks down a few bucks to the promotion that they are showing.I could see the greedy fucks asking for greenbacks to be shown on Fight Pass.

Joe Cav is old school on the New England scene. His WCF shows back in the day were legendary.

I was used as mask’s personal foot stool when tapout guys showed up with Dana and tv. Real fucking nice. Lol

No lights in the dressing room to warm up or tape fighters.

The level of fighters were pretty low as compared to what Joe Cav used to produce. (That said, CES was having a show the same night so that could have been a factor.)

I’m pretty sure the team I was on only fought on the card when Dana was there. That was a good one. Surprised to hear that.

The show started late? I’m pretty sure the guys were walking to the cage at like 7:05-7:07, and that’s about as on time as we ever see in local MMA…and the Fightpass broadcast started at the scheduled time of 9pm.

As for the quality of fighters being pretty low, I disagree but I supposed it depends on what you like. Main event was a contender series vet with a 10-2 record fighting a former gladiator challenge champ with an 8-3 record. Co-main was another DWCS and bellator vet fighting a guy from AKA with a 7-2 record…featured fight was a guy whose last fight was a win in a co-main at another local show against a main event winner from the last show in maine.

Lots of other cool stuff on the undercard like a 3x BJJ world champ making his MMA debut against a super tough prospect that came into the fight 4-1, a high level black belt under florian that nobody wanted to fight against a tough opponent, pro debut of a prospect I’m really excited about, a BKFC guy fighting a guy whose primary weapon is his boxing…along with several other really exciting fighters. I thought it was a really fun card on paper, and in person.

yes, they still do shows. They had been doing 2 a year down in CT for a while before the pandemic, and appear to be back on that schedule.

We need to get kittredge back. Haha 43 isn’t old

Had no idea it was on fight pass. Dana is awesome

Joe I bet I could talk him into it. Lol