Poor jon. Bow down and take the knee for china lil bitch.

You can’t Xi me

Anyone here been to both mainland China and Taiwan?

From hero to POS in the blink of an eye

Taiwan is the more pleasant COUNTRY

Given his history of doing selfless things, I’d expect better.

That movie is going to make like 500 million in China. He’ll suck off every member of the CCP if that’s what prevents the movie from being banned.

Clearly this is a heel turn.

Here’s a picture of a young John Cena posing with Randy Savage: 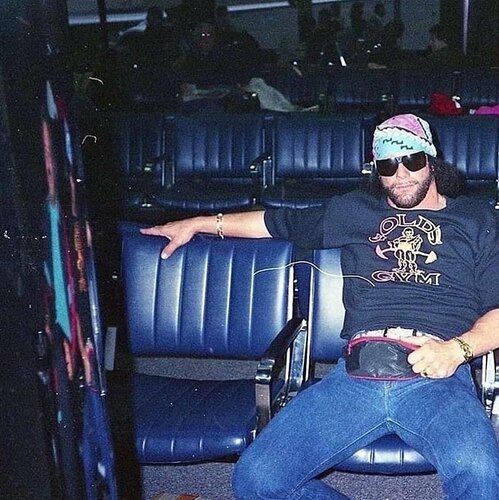 Like anyone thinks that meathead’s opinion matters. Betcha he can’t name of 5 countries in Europe.

Like anyone thinks that meathead’s opinion matters. Betcha he can’t name of 5 countries in Europe.

He’s a college graduate, speaks fluent Mandarin Chinese, and has a PhD in thuganomics. He’s hardly a dumb meathead.

According to Taiwan News:

American professional wrestler and actor John Cena apologized profusely in Mandarin on Tuesday (May 25) after Chinese netizens became enraged over his reference to Taiwan as a country. On May 8, TVBS released a video of Cena excitedly promoting the film “Fast & Furious 9” in Mandarin for Taiwanese audiences. In the video, Cena emphasized that “Taiwan will be the first country to see ‘Fast & Furious 9,” and speaking to Taiwanese viewers, he reiterated, “You are the first to see this movie.”

Cena had been doing interviews to promote “F9,” the latest installment in the long “Fast and Furious” saga. During an interview, he mentioned the nation of Taiwan, sending furious phone calls and threats from Beijing to their minions in Hollywood demanding the actor make amends.

Taiwan isn’t a country now? Lol at this

Anyone here been to both mainland China and Taiwan?

China yes Taiwan ehh to it not toured it so not really.

It isn’t according to the CCP. Same with Hong Kong they are part of China and not at all independent as far as the CCP is concerned.

Hes a wwe company man. Shane has been trying to break into china forever.

Groveling to a Communist government as an American on some made up bullshit. Shameful.