Not necessarily a good thing. I actually think women would be more likely to see through her bullshit, especially if they’ve experienced abuse of any kind themselves.

Most males in those age ranges are currently woke incel beta cucks (see many on the OG as Exhibit A) so that may be a problem.

Also, how the hell do the jury go about their lives without coming into contact with any media on this?

Are their phones monitored or some shit? If I was on that jury I’d be way too tempted to have a sift through twitter to see how this is being viewed.

Obviously I wouldn’t make a good juror in that sense… but it’s just human nature, no?

Not necessarily a good thing. I actually think women would be more likely to see through her bullshit, especially if they’ve experienced abuse of any kind themselves.

Most males in those age ranges are currently woke incel beta cucks (see many on the OG as Exhibit A) so that may be a problem.

One of the lawyers on lawtube lives in Korea and he was saying the asian men on that jury probably aint buying any of her testimony because “Asians are super based” lol. 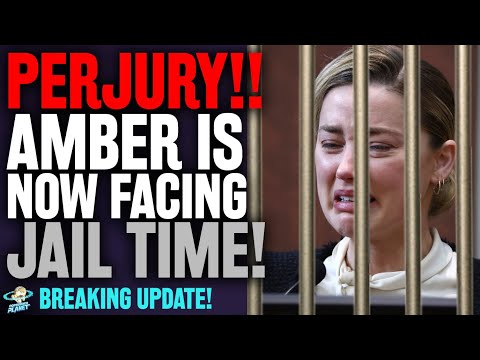 listened to the story, interesting.

Nobody knows if they abstained from watching or reading media unless someone blabs about it.

I remember the whole sneaking the dogs to Australia thing! Everyone blamed Johnny for it at the time

I kind of remember it. I think they both got a lot of shit.

Depp had actually told her to not overact. She didn’t listen.

Don’t forget ya fagoons, the trial is back on tomorrow a.m.

Isn’t this mess continuing today? Had nothing better to do this wknd and binged both sides testimonies. This being a defamation suit I don’t believe Depp has much of a chance winning and I believe film studios were already considering about not working with Depp and the wife beater stuff just broke the camels back. And I believe Heard isn’t lying. Her testimony was more consistent than his. Johnny is even admitting to the headbut on one of the recordings. The finger cutting also sounds a bit unbelievable, has anyone ever thrown a bottle to someone’s hand so hard that it breaks, not to mention a 130lb woman. Also Heard describing how she found pieces of her nightgown with meat wrapped inside let’s me to believe Depp was cooking some late night dinner and accidentally cut his finger. The mashed potatoes on the walls support this theory. There was a text sent by Johnnys assistant where he apologises to Heard that Johnny kicked her in the airplane. I read some domestic violence text that talked about the power imbalance of a relationship and at some point the abused might fight back by name calling or physically. Johnny absolutely was the more powerful in the relationship money, influence and physical power wise. Johnnys behaviour has been the same since the 80’s, even Winona Ryder talked about her first boyfriend throwing things in to walls. When I started watching this I believed Johnnys side but after I saw Heards testimony, I started believing she was abused. Depp should have let things go and he might have had big roles after a few years hiatus. Now this being broadcasted around the world and people seeing what a liability he is, he’s not making big studio films anymore. I think when he’s on the bottle and pills he might suffer from acute psychosis from excessive drug use. When I had that same problem my mind went into these loops where I thought someone was trying to steal my stuff. I was even hallucinating and seeing and hearing things and was walking around the house with an electric saw in my hand. The psychosis happened almost every time I did stimulants during a two year timespan and I had to stop using them. Amber talked about these loops of thought Johnny would be on when wasted on substances. He’s loop was fear of being cheated on by women. If he had the same problem I had, I wouldn’t think he’s a bad person and he’s brain is just broken from decades of drug use. But if not and he’s being that way on purpose, then he’s just a sick fuck. That’s my opinion on this case, I might be bias because I think Heard is hot and I’d let her abuse me. If Johnny loses this case I throw his name in the celebrity death pool by overdose inside three years.

About the dogs i remember something in the news, they wrote it was Depp dogs xD aaand he flew the dogs back in a private jet xD increadible Amber 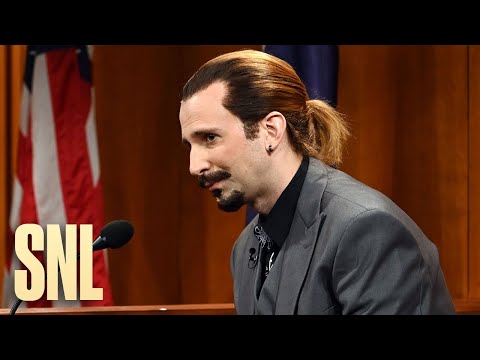 Thats the 2nd time in 20 years snl made me laugh. Other one was Louis CK monolog

Of course these pussies take the approach that the trial is a big joke with no importance. It’s only a case of a decent man being emotionally and physically abused, then after he leaves the abuser he has his career and life destroyed by the same sociopathic liar who coopted a powerful social movement to destroy him. As if there’s no significant takeaways here, it’s just a big waste of time according to SNL.

And the mother fuckers even pull a ‘both sides’ at the end. SNL is still the same shitty SNL.

Relax. The trial is a fucking joke. I guess there might be some implications like you suggest but the whole thing is a fucking joke and no one is taking it seriously. They absolutely nailed that aspect.

its a comedy show, they make jokes about stuff.

There are plenty of funny aspects to the trial. But the trial is not a joke.

yeah and they made jokes about one of the funniest aspects of the trial and how ridiculous it was.