I think Jon Jones saying he wants more than the expected $8-10M for a superfight with Francis seems a bit less crazy now that we’re seeing that GSP made $10M to fight Bisping. The reported PPV buys were 875K in North America, which is very similar to one of Jon’s fights with DC that did 860K buys.

So yeah, I get what Jon’s saying. Jon said he made around 5M to fight DC, and GSP made double that for an almost identical amount of PPV buys. I get that GSP was part of some bigger events years prior, but it’s not like Jon is some dickhead who doesn’t sell PPVs. He has several over 700K, and topped 500K with Anthony Smith.

Jon isn’t trying to break the pay scale, he’s trying to get the same money other big name guys get for big selling PPVs. He’s not coming back for one quick cash grab, he wants to fight Francis then defend the belt…and when he sees that GSP made $10M on an event that sold similarly to some of the events he’s done and made half the $…and that Khabib made $10M to fight Gaethje on an event that did less than 700K buys, I get it.

I have no doubt Jon vs Francis sells better than GSP vs Bisping, and I don’t think Francis tops 400K buys without Jon (unless they stack the card with something like a Diaz vs Masvidal rematch or something else that’ll carry the PPV). I don’t know what the right number is, but if Jon vs Francis does more than 1M buys, he should make more than the 10M GSP made to fight Bisping.

I don’t think they were ever crazy.

But you’re negotiating with Dana White. He’ll pay as little as possible and say “I don’t know if he wants to be a fighter”

Dana white spent $1 million oh his kids bday and spends up to $1 million at the blackjack table.

He’s never sacrificed anything including his own capital to get where he is at. Disgusting human being and exploits his employees unmercifully.

Counting other people’s’ money is a losing game.

Nobody knows what Francis or Jon or anyone makes.

Nobody knows what UFC makes.

Tears and speculation. I’m trying to focus more on my own bank account these days, not these rich assholes.

UFC has bent over backwards many times for Jon.

Fuck him. I dont care if he ever fights again. The sport will be better when he doesn’t. 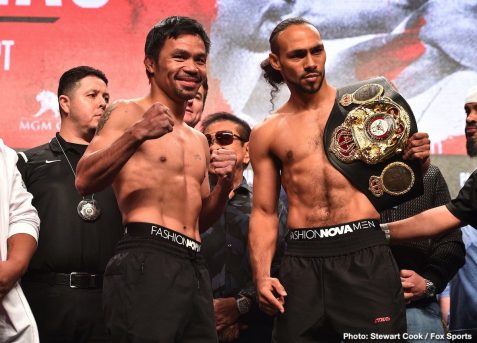 By Allan Fox: Manny Pacquiao is getting a guaranteed purse of $10 million for his title fight against WBA Super World welterweight champion Keith Thurman

That’s off a revenue of $39M not including gate. Jons the A-side and takig a legitimate risk, pay this man.

GSP was a model employee. Jones is a drug addled nightmare. Big difference

How well the event sells is all that really matters. If Jon and Francis sells a ton, Jon shouldn’t be making half of what other guys make doing similar buys because he’s been a pain in the ass for them in the past.

TJ Dillashaw missed 2 years for EPO and the UFC has a special on his comeback on fucking fightpass. Don’t kid yourself, they aren’t concerned with prior issues, only maximizing the next event.

I don’t consider JJ even close to as valuable as GSP to the UFC, especially considering GSP was a draw for an entire market (Canada).

JJ isn’t even as big a draw as Nate Diaz, another American fighter who hasn’t ever held a UFC belt.

Valuable based on what? The amount of PPV revenue an event generates is an easy metric to look at, and GSP makes double the $ Jon does while generating the same revenue. If GSP is a much bigger draw, shouldn’t that translate to additional PPV buys?

GSP makes double the $ Jon does while generating the same revenue

Share the numbers you are using to make this conclusion.

Jon gonna sit on the sidelines while the UFC moves on

Jones should take percent of event revenue. So if he is good draw, he makes alot

Jon is saying he wants more than $8-10M to fight Francis, and has said he expects the fight to be a massive PPV seller…so that tells me that if this PPV sells a ton (call it 1.3-1.5M) that he wants to make more than the $8-10M the UFC is looking to offer him. If we’re talking %, he wants to make a similar % as someone like GSP so that he can make in the $10M range if it does 850K buys, and make considerably more than that if it does 1.5M etc.

I’m obviously adding a bit of context here, but based on recent comments by both GSP and Jones, Jon makes about half of what GSP does when they headline an event that does the same amount of buys (860K for the DC fight, and 875K for the Bisping fight).

I’m also only talking PPV revenue, it’s impossible to calculate every bit of revenue the event generates, and the PPV revenue gives enough info to realize that Jon isn’t getting the same % as GSP.

He has none. Talking out of his ass.

All we know is GSP said he made millions and Jones makes millions.

Pay Jones billions and these people will still cry about his “worth”. It’s really odd.

I thought it was 30 million Jones was wanting ?

For each event, what are the PPV numbers between US and Canada?

I still stand by the fact GSP is more valuable to the UFC simply for the fact he is significant for the Canadian market. The UFC has a history with (smartly) utilizing fighters according to their market draw/potentiality, and GSP would be a great example of such a utilization.

Jon said he made $5M for a PPV that did 860K buys, GSP said he made $10M for an event that did 875K buys. If that’s not enough info for you, I’m not sure what to say dude. It’s rare that we hear directly from the fighters what they made for specific fights. Now that the info is out there, it should be pretty easy to have an opinion on what fair pay for a particular fight is compared to their peers.

In the prior threads about Jon there were dorks talking about “Conor only made like $1M plus PPV for the Diaz fight, so he likely made about $2.5M” and then acting like Jon is crazy for wanting more than $8-10M. Every thread is full of speculation and misinformation…but now we have straight from their mouths what they made for some fights. Jon saying he made in the $2M for several defenses, and then saying he’s made in the $5M range for some…now GSP saying he made $10M for his most recent fight, which happens to be an event that sold like some of Jon’s fights that he made $5M.

Jon should make his base pay plus ppv points. Plain and simple.

Saying he deserves 10M+ because “that one time years ago” he drew similar to GSP is retarded. He should get paid based on what he draws vs Francis. According to your numbers he didnt even hit 1M buys vs his BIGGEST nemesis behind a TON of hype and marketing around it.
The fact is people just dont give a shit about Jones anymore. He can stay on the sidelines forever as far as im concerned. Not like people are clamoring for his return. He desperately cries for attention every time there is a PPV. Its pathetic. Take your contract pay that you negotiated on your behalf, or piss of.

I don’t know an easy way to get that info other than google. According to Dave Melzer GSP vs Bisping did 625K in the US and 250K in Canada. I don’t see a breakdown for Jones vs DC, only that it did 860K buys in North America, also reported by Meltzer.

Does it matter the breakdown, though? Meaning, if the number of buys still ends up at 860K, does it matter if it’s 600/260, or 750/110? Not being a smart ass, just not seeing the difference. It’s always a good thing to get more viewers buying PPVs, but if it still gets you to the same total buys, does it really matter?