that President Biden abandoned American citizens and green card holders, armed the Taliban with high end military equipment, and left US allies to die because it was politically inconvenient to extend the withdrawal deadline and guarantee a more secure withdrawal from Afghanistan. The sooner this complete fuck up of a situation was over, the sooner he could push the American citizenry to forget about it. I’ll ttt this thread every so often in an attempt to prevent that.

Feel free to add your own 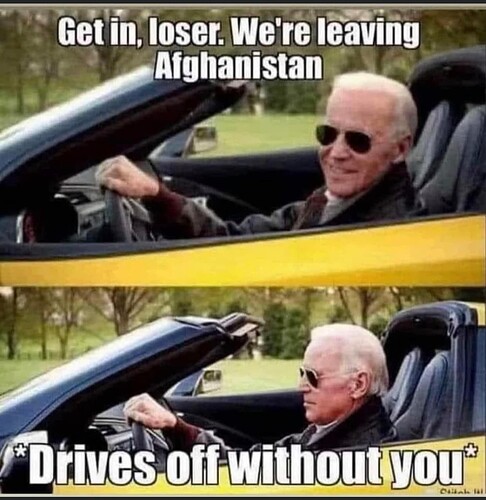