Khabib is still the GOAT for a while longer yet (Khamzat)

Khamzat is just not on the GOATS level.

His fight IQ is just not there and he takes too many shots.

Gotta fight a lot of top guys for goat

Khamzat is too westernised

playing footsies with Darren Till

A bigger disappointment than Will Smith,

But let’s compare those opponent credentials to the One I consider the GOAT and an incomplete list of his opponents and theirs:

This doesn’t include Fedor’s extensive Sambo career that he has like Khabib.
Except if my understanding is Correct… Fedor is a Grand Master and Khabib is below that at an International Master Level. 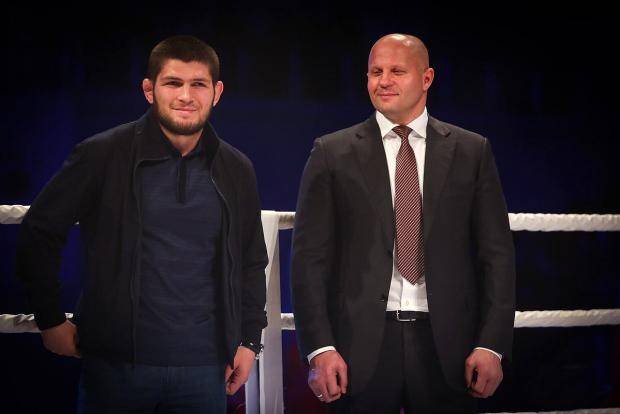 Look at that size difference. One competes at the absolute weight class against anyone in the world. The other… walks around 200lbs and only fights those under 155 lbs… If you are that good… why kill yourself to make weight? or why never challenge yourself and fight outside that weight? If you are that good… you show up like Fedor did and fight anyone like Fedor did.

A bigger disappointment than Will Smith,

Khabib is the only one who never get got touched up, just because he retired because his Dad died and he was fuck loaded, doesn’t mean he’s not the best p4p fighter ever.

He’s the best p4p fighter ever, who retired young.

Nothing more to see.

Still the most dominant (best) fighter though.

So was Joe Calzaghe in boxing. Retired at 46-0.

No one considers him the GOAT because it is about more than a pretty number and retiring.

So was Joe Calzaghe in boxing. Retired at 46-0.

No one considers him the GOAT because it is about more than a pretty number and retiring.

Khabib wiped out some of the best LW’s of all time in their prime. 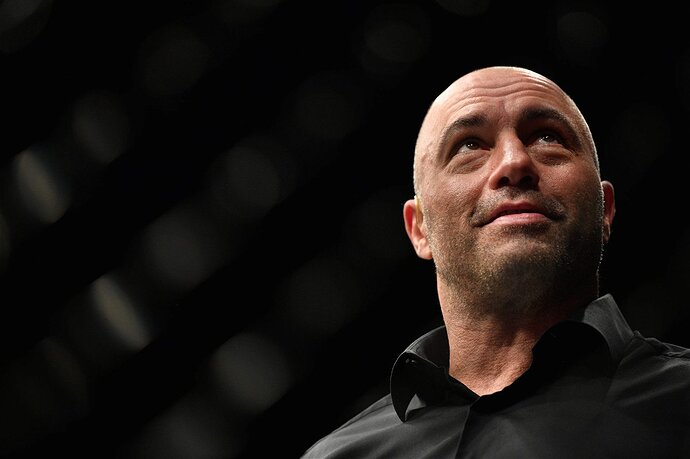 Joe Rogan Names the Greatest UFC Fighter of All-time on His Latest Spotify...

Joe Rogan shocks everyone by revealing who he believes is the GOAT in the MMA world on the latest episode of his podcast Joe Rogan Experience.

Khabib is the “Goat” fighter from Dagestan but thats it.

LOL 3 title defenses, 2 against puffed up featherweights is not the goat of anything.

Adesanya is undefeated at his weight class, and has two more title defenses than kabob

LOL 3 title defenses, 2 against puffed up featherweights is not the goat of anything.

Isn’t that the record for LW,

And how does retiring young not mean he’s not a better fighter?

Khabib beats prime BJ Penn sadly. He would destroy prime Edgar. I don’t see how Ben Henderson or Anthony Pettis win a single round or exchange

And Volkanovski is already making a strong case for himself too (not near GOAT though) but he gets treated like he doesn’t exist.