Your thoughts on this mans fighting career? He was immensely popular and was a huge draw for bellator and ufc even after he had been exposed for being a very limited fighter . Why was he such a huge draw?

He was a Spectacle. Imagine if he was around today to fight jake Paul or some other celebrity boxing match.

Always fan favorite. Even after the pink hair guy knocked him out with a karate move. He remained popular. I remember the pics of his son crying and Skala losing his shit when kimbo went down funny pics.

I thought h was a joke at first but after his first loss he seemed like he to take it seriously and legit attempted to learn everything he needed to compete. Bas rutted had good things happen To say bout him. I know I became a fan after seeing him turn the corner so to speak.

His son fights for Bellator I believe. Undefeated

He had a unique look, a cool name, and went viral in street fighting videos. He was popular before he fought for the UFC/Bellator.

Would have brought him a huge payday. Miss him and watching him fight. Seemed like a decent guy also from every interview I ever watched of his. I would have liked to see him get a big payday.

He gave his opponent free shots on his chin in his debut video…ate them like they were tic tacs.

Kimbo - Sean Gannon. That was IT right there. A lot of futures were shaped the night of that fight. It had ripples. No other kimbo fight bigger, more influencing, more important. Back then, this fight was huge.

Rip to both big men, and I’m very thankful for both of them for their fight. Great stuff.

It really was amazing to see unfold. I’ll never forget it. We had no idea what was going on, didn’t know when Kimbo and team would arrive, what would happen when they did…and Gannon was trying to warmup and stay warm, but had no clue when the fight was going down.

He was getting stir crazy, and said he wanted to go outside for a light jog. I offered to join him and kept the big guy company as we slowly jogged up and down the road in front of the building…it was probably about 10 minutes, but it felt like an hour, then the black SUV’s pulled up and we both kept saying shit like “is that them? It has to be them, right? Is it them?” We were about 75 yards away, and saw them get out and walk towards the building.

Everyone in the building has their own surreal “holy shit, is this really happening?” moment, and for me, this was it…out on the sidewalk with Gannon as the black SUV’s rolled up. I don’t remember what he said after we KNEW it was them, don’t remember much else until the fight kicked off. Frankly, I’m not sure why I asked him if he wanted company, or why he said yes. He and I were only acquaintances that shared a quick chat from time to time at a local fight…we never trained together, never hung out outside of a local MMA event…shit, I don’t even think we ever had each other’s phone number at that point.

I really suck at putting words together for someone who passed away, I’m just glad I got to know him, and got to witness this incredible moment unfold. RIP big guy.

I loved me some Kimbo.He had a great attitude and was humble when it came to MMA.Be honest…how many of you said that Kimbo would get mopped up if he ever came over to MMA?Be honest bitches.

Kimbo did what Dana demanded and went on TUF (no ego)

I’ve got a custom made Kimbo action figure (and Brock) 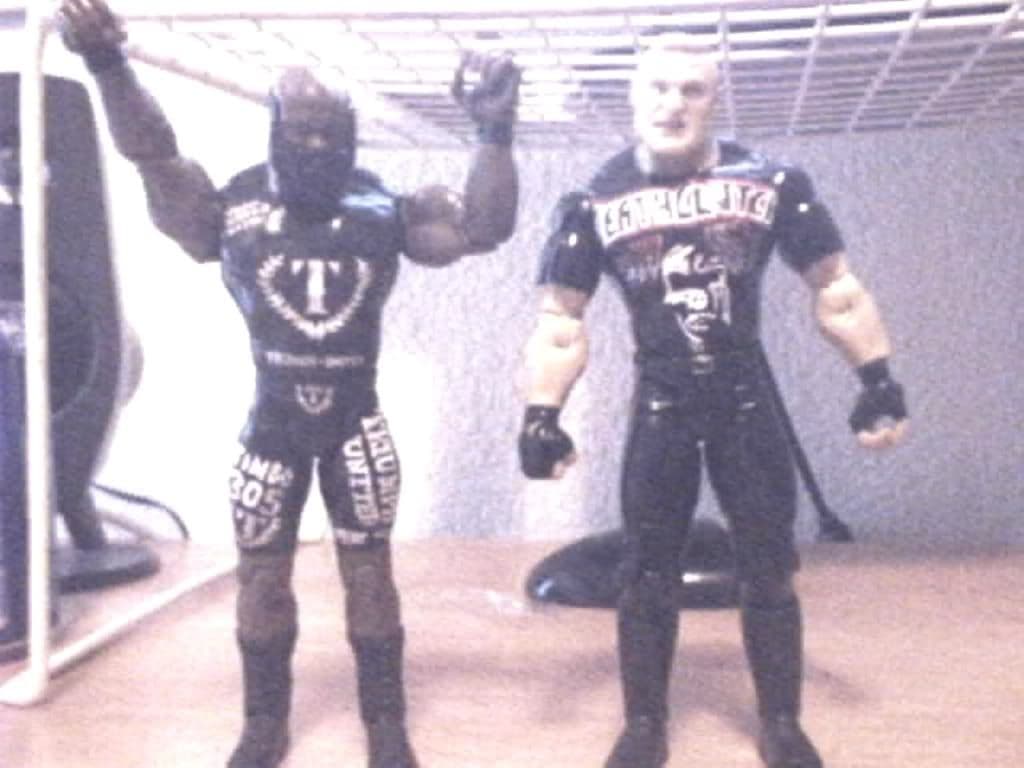 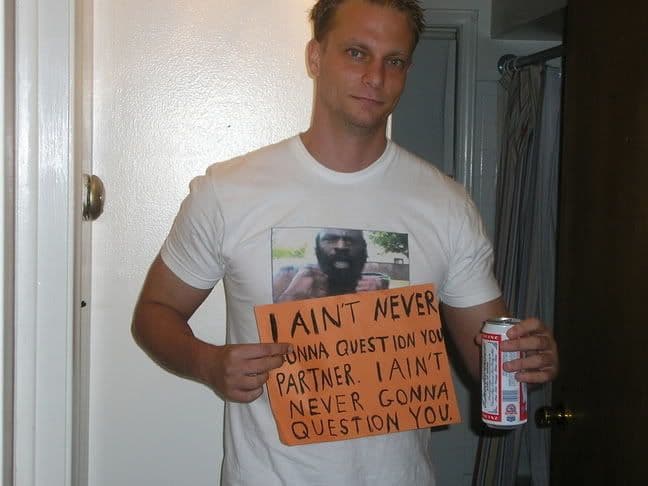 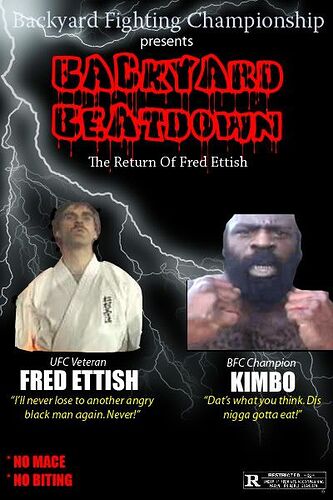 Maybe I’m just sheltered. Not too many dudes like kimbo walking around my neighborhood! Loved the interviews w him. If you have 12 minutes to spare,checkout this video it is real informative. …But he was no Sean Gannon. 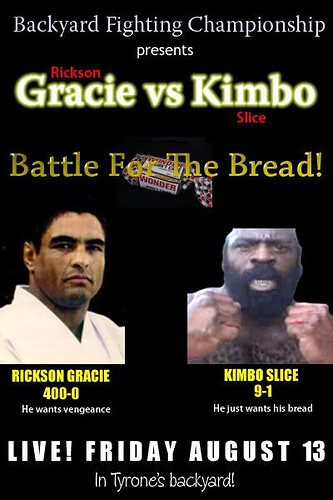 Exciting to watch. Especially when he lost. 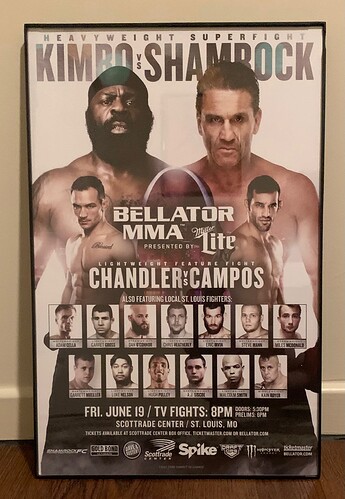 I always loved Kimbo because he wasn’t an MMA fighter, he was a street fighter, but he put in the work to try and he exceeded my expectations. He also had bad knees but still put in the work & did the TUF show.

He would have been perfect for Bare Knuckle Boxing.