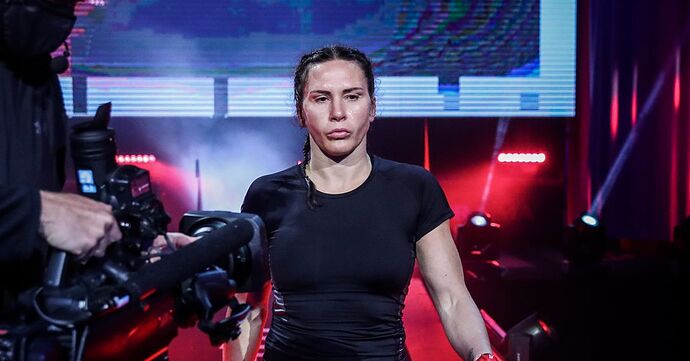 The featherweight contender’s first goal is to beat Pam Sorenson at Bellator 282. But she expects to face Cris Cyborg with a win, and she has one demand before she steps in the cage. 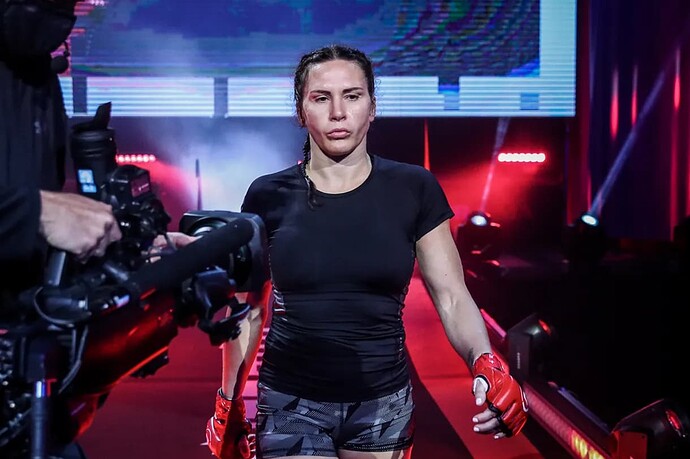 Despite all the back and forth online, Cat Zingano said she was never offered a fight with Cris Cyborg. But she has one demand if she’s able to beat Pam Sorenson at Bellator 282 and clinch a title shot.

“Independent testing for both of us — [an] independent resource, just making sure there are no biases, there’s no people that we know, and just making sure everything is fair,” Zingano said Wednesday during a media teleconference for Friday’s event.

Zingano made headlines in January by claiming Cyborg refused drug testing, prompting her to instead take the bout with Sorenson, a former Invicta featherweight champ who’s 1-1 in Bellator. Cyborg immediately denied Zingano’s claim and said the one-time UFC title challenger was making excuses to not fight.

At the moment, Bellator does not conduct independent drug testing, instead relying on state athletic commissions that regulate its events. While overseas, the promotion hires an independent regulator, ABC President Mike Mazzulli, to test fighters in- and out-of-competition. Bellator President Scott Coker didn’t immediately respond to a request for comment on additional drug testing. Typically, promoters and fighters have looked to the Voluntary Anti-Doping Association (VADA) for testing outside state requirements.

The picture Zingano painted on Wednesday as to why she didn’t fight Cyborg rather than Sorenson was more nuanced. But it also came down to a lack of a contract.

“I wasn’t offered that fight, for one,” she told MMA Fighting. “I know coming into Bellator, we talked about how that was
“I did tell them in the beginning there were things that I want to do, where both of us would do [it], to make sure it’s a fair fight, and to make sure it’s a safe fight. And with those guidelines, it just never came out. Every time we talked about the fight being between us, or she was calling me out online or I was saying something about her out online, I was kind of waiting for the phone calls, and the phone calls would come, but it was never her name.”

“Sounds like Cat Zingano doesn’t want to fight,” she wrote in a message to MMA Fighting. “Hopefully she enjoys being on the YouTube prelims.”

The former UFC champ was suspended in 2012 for one year after testing positive for a steroid and granted a retroactive therapeutic-use exemption by the U.S. Anti-Doping Agency after failing a drug test during her UFC career.

Zingano has won a pair of Bellator fights since her defection to Bellator, and she’s moved on from Cyborg as an immediate concern.

“Fights are momentary,” she said. “Every punch, every kick, is moment by moment, every second, every breath … so I’m focusing on this fight. I know that fight doesn’t even matter right now. This is what I have to do. My eyes are set on Pam Sorenson and coming in here and doing what I’m trained to do.”

As for whether she’ll get a title shot next, she’s fighting with the assumption that Cyborg will be waiting.

“That’s what I’m assuming,” Zingano said. “Pam’s coming up, and she’s done some good things with Bellator so far. I’m coming up doing good things with Bellator so far. I think it would be fair to say that that could be the result of this fight.”going to be a fight that we had for sure. I know also coming into Bellator, all of my footage of fighting was in the UFC — there was licensing stuff there, so they can’t promote me and they can’t use any of my fight videos or highlights, can’t even really talk about me without it being a licensing thing with the UFC. So they really wanted me to fight fights here and get tape, get reel, give me good matches against good 145-pound girls, and I’m relatively new to this weight class. So putting me in there and figuring it out, I wasn’t offered Cyborg.

Isnt she about 40? Her best bet is to get leaded fuel herself, and some plaster in her gloves. 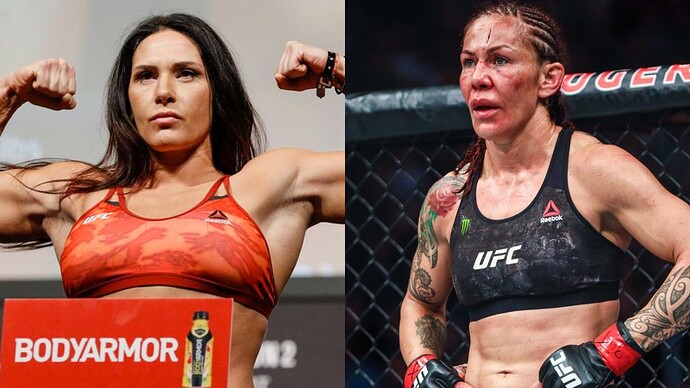 “Cat Zingano 9-0 with wins over Miesha and Nunes,” Cyborg said. “Enters USADA in 2015 and goes 1-4 competing. Now she’s 2-0 after leaving USADA and fighting on YouTube Friday night and thinks I care what she wants.”

Cyborg most recently dismantled Arlene Blencowe via a unanimous decision at Bellator 279. She earned the Bellator title in her second fight with the promotion after a rocky tenure with the UFC, finishing Julia Budd at Bellator 238.

Zingano, another former UFC standout, is looking to earn her first title in a major promotion. She last fought against Olivia Parker at Bellator 256, earning a first-round submission.

Independent drug testing isn’t a fixture of Bellator at present. They rely on state athletic commissions for regulation.

The bad blood continues to ramp up between Cyborg and Zingano, and things could reach a climax if Zingano is able to win this weekend and earn the next title shot. 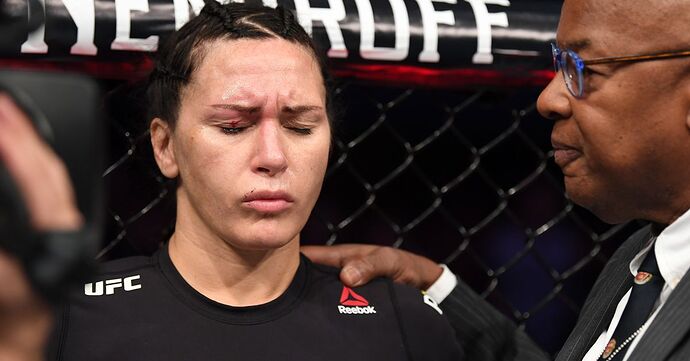 Zingano, who turns 40 in just a few days, doubled down on her drug test stance:

“Independent testing for both of us, independent resource, just making sure there are no biases, there’s no people that we know, and just making sure everything is fair,” Zingano continued. “I did tell them in the beginning there were things that I want to do, where both of us would do, to make sure it’s a fair fight, and to make sure it’s a safe fight. And with those guidelines, it just never came out.”

I guess those “guidelines” don’t include attempted murder.

Justino is not without her share of blame when it comes to steroid accusations, having flunked a drug test under the Strikeforce banner in early 2012. The Brazilian also had a brief run-in with USADA as a UFC athlete but was ultimately cleared of all charges.

That hasn’t stopped the MMA lynch mob from keeping their torches lit and their pitchforks sharp. Dozens of UFC headliners have failed performance-enhancing drug tests over the years — and been rewarded for it — but it seems Justino continues to be everyone’s favorite target.
Justino, 36, went on to rematch Arlene Blencowe in April, a unanimous decision victory that kept the featherweight title on the mantle at House Cyborg. As for Zingano, she’ll battle former Invicta fighter Pam Sorenson at Bellator 282 this Friday at Mohegan Sun.

“Sounds like Cat Zingano doesn’t want to fight,” Justino told MMA Fighting. “Hopefully she enjoys being on the YouTube prelims.”

Thanks Cyborg! I was unaware the prelims would be on youtube, OR that the card was tomorrow. 10 free fights on Youtube including Cat Zingano and Brent Primus? Dont’ mind if I do!