I wouldn’t take that fucking shot either, fuck these Nazi motherfuckers, if this could happen to you would you take it?: 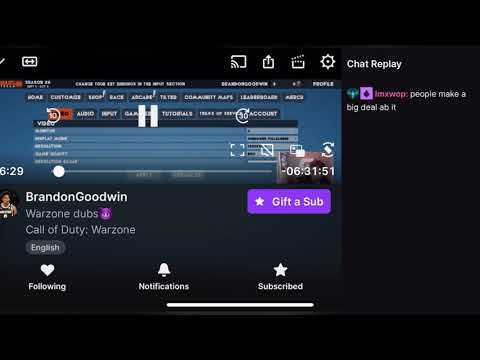 gotcha…thought you meant to sue the team or the league, as they are just abiding by local health mandates. Its an interesting take to sue the City/State…though not sure he is the type to pursue that

FWIW the league does not have any vaccine mandate

Dude is still making 17 mil. Good for him.

me and u both

I’ll give the man this. There aren’t many people that would sacrifice 35 million to stand up against being told to take a shot. That is a level of sacrifice not many people would be willing to accept.

Believe in something even if it cost you millions

That’s why Kapernick is a hero!

Don’t fall for it guys, let it go.

What is a Kapernick?

How many 29-year old professional athletes have died from covid?

Oilers goalie has myocarditis after catching it and is missing the year, there was an NBA player whose family got major covid fucked and most died and he missed the season due to health problems.

Pro athletes have medical access most people don’t, and the large majority are vaccinated because the leagues have mandated it. It would be pretty shocking to see someone in this low risk group die, but the fact people in this group are having long term health effects from catching covid should be concerning to everyone

The entirety of the the NBA now is vaccinated yet there was no adverse reactions so just looking at the sample size of the NBA, or pro sports in general, you are way more at risk with a case of covid than vaccination

You don’t think it’s a bit early to say that? What if there are long term complications?

So, none have died?

And if the rest of the NBA is vaccinated, then why are they concerned about Kyrie?

If he wants to take a “risk”, who are they to tell him he can’t?

Referee Bert Smith collapses on court, taken off on stretcher during first half of Gonzaga-USC men’s Elite Eight game https://www.youtube.com/watch?v=PHG8bRhvJ88

The Frenchman, 20, suddenly fell unconscious in worrying and distressing scenes, he had a tachycardia attack, an abnormal electrical impulse in his heart, causing him to lose consciousness. Keepers from both teams rushed to hospital after collapsing during Ligue 2 match

Vinny Curry, 33, out for season due to blood clots: Jets' Vinny Curry out after rare blood disorder diagnosis

Christian Erikson? get real that was pretty high profile to be making such a claim

The reason they care is that their player would only be able to play in half the games if unvaccinated due to state laws when they travel. They said in a statement that they needed full time players – which isn’t very unreasonable

Because very few vaccines – not even the smallpox vaccine, which eradicated smallpox – have ever had 100% effectiveness against hospitalization or death, symptoms, and infection. The idea of using less than perfect countermeasures and with redundancy in mind is rather universal across medicine, engineering, and pretty much any area that comes to mind.

The league would rather a player not only have a lower chance of getting sick when confronted with the virus, but also a lower chance of confronting the virus due to their teammate’s vaccination. It’s also inevitable that there will always be new strains emerging, and whether someone’s immunity is derived from natural infection or vaccination, new strains will carry increasing risk as they increasingly differ from the original strain that gave immunity – so why not hedge bets with greater coverage?

Having said all that, I do think it’s fucking stupid that they’re forcing Kyrie and other players to vaccinate or be blacklisted. I bet it’s less of a safety thing and more of the usual “role model” and “branding” shit you see leagues obsess over. NBA has way more dem fans than conservatives and they don’t want to piss off the thems and theys.

Feel like a pretty big retard for not thinking of that really obvious reason.

Thank you for pointing out Hayes; I missed that gem when skimming the ridiculous list.