Lady finds a tooth in her house. I live alone in a fairly large house. In my bedroom I have a door that leads outside to a small porch. I was just sweeping the ebony stained wood floors, which I frequently do because they show every speck of dirt. I just found this TOOTH right in front of the door, on my bedroom floor. This has not been there. I was so shocked to find it I actually stood there and ran my tongue over my teeth to see if it might be my own.

Update: It's too long to wait on anyone so I'm checking it out. There is a hand smudge at the opening. http://imgur.com/Aq8tIQR I've been sitting here in silence typing, listening for any sounds. Nothing at all. Update 2. I can't see much up there, but there are things laying about. Not a person as far as I can see. Going to get a taller ladder and a bigger flashlight. And FYI, I am in enforcement, but for game and fish commission. Fully trained, but a smallish woman in the middle of nowhere nonetheless.

Update 3: Someone has indeed been in my attic, but they are not there now. Things found; 8 beer huggers, some of my personal items, a whole pile of change and a $20 bill. Other things I won't mention right now. Colleagues are here. Will update more later. Thanks for making me smile guys.

Update 4: They have dusted and gotten prints, taken everything away. I'm beginning to calm down and process it. It looks like someone has occasionally visited up there for over a very long period of time. I'm going to leave the house now and go ride trails. I will be locking my door from now on, and have new locks installed just to be safe.

Probably final update: TIL I have a stalker that sits in my attic when I'm home. No, I don't lock my doors unless I'm inside sleeping because I live in a community of about 400 people with only a post office. It's normal here. I do, however, always keep my bedroom patio door locked. I will now be locking all doors. I've thought of robbers in the past, but a locked door is not going to stop someone from breaking in if they really want to. I don't know how the tooth that started this even fits in. It's not in the path that would lead to the attic. The ONLY reason I even thought of or looked at my attic was because of that top comment, that made me stop dead in my tracks. I've always been a little scared of the attic. I know the sheriff here, and he feels it's someone that knows me. I don't want to say what was up there. It's awful. Thanks for the kind words. You guys are great, and as usual, I'll be taking this post down shortly. UPDATE GUYS.... I am actually getting sent unsolicited dick pics WHILE THIS IS HAPPENING. JESUS. TL:DR I have a serious stalker.

Hopefully she finds the body next.

And that pic is fucking yuuuge.

He's living in the walls

What an idiot. She could have stuck it under her pillow and kept all the profit. Now it's evidence.

I didn't know Jack was a small woman that worked for fish and game. the more you know

That's either a baby tooth or a tooth that rotted out from the root.

Dumb to think because you're out in the middle of nowhere, everything is perfectly normal. That's where really crazy people hide out.

There was a guy living in her attic above her bedroom?  lol that's nuts. 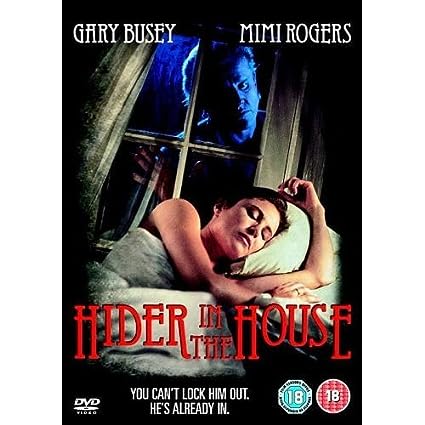 After a quick search in nosleep, I didn't see it so I'm probably wrong.