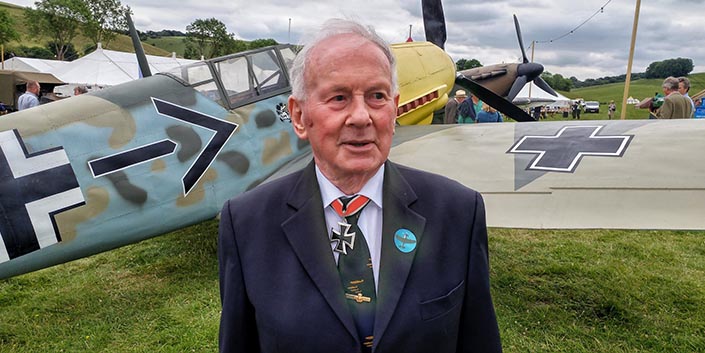 Hugo Broch, the last German ace of the World War II who is still alive

<p>So many years after that war, the survivors of that horror and those who fought in it are fewer and fewer and very old. Honors to fallen enemies: when war is not at odds with chivalry Spaniards pay homage in Warsaw to the heroes of the 1944...

why is my que card blank?

Bow and accidentally headbutt him into bolivia!

Why would anyone be mad at this old man?
He was a pilot, he wasnt executing jews or anything. He didnt make policy.

What he did was admirable.

I get what you’re saying… but that’s what happens when you don’t win the war.

This faggot and his country ran out of meth and gave up, he is not only a loser but also a coward.

The Germans fought longer then most would have. We firebombed the hell out of them