Leftist who ran over republican purposely is freed

Better? Now admit you lied about my words. Where on the list of desperation is grammar correcting?

You consider running over violent terrorists surrounding your car the same as being mad at someone over politics that is no threat to you?

I consider running anyone over a crime.

Since you were there and know he wasn’t a threat can you post the video? Don’t get ahead of the evidence.

You lied. There it is. For all to see.

And before you say I edited the screencap, boom:

Jon Stewart on burn pit bill getting voted down Otherground

He would rather the veterans die. That is his position.

That’s not a quote. Again learn how quotations work

You said it. It’s plain as day for all to see. Paraphrasing is a thing in life.

Anyone who disagrees with me wants vets to die!

Nope you quoted. Paraphrasing is not an excuse that holds water. Hell you just busted my balls about grammar and at least I have the integrity and ability to correct myself. Remember nuance matters!

You said what you said and it’s there for all to see.

And this is what you took umbrage with in the first place:

Now everyone can see precisely what a pearl clutching periody female you are. My work is done here.

That is a reasonable position. Too bad that’s not what you were doing in that thread. Now just admit you were wrong on this thread too and we can move on. You brought this other thread into this.

Pay attention to who supports the murder of innocent people… who lacks even the most basic empathy. The election is coming… 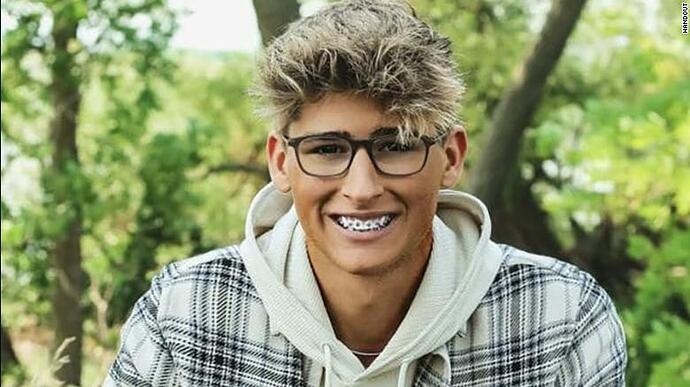 This story is a good example of the overt bias in the media. If this situation was reversed, it would be front page news. “Ultra Maga alt-right Man kills innocent teen over politics.” Every MSM newscast would cover it for weeks. “What needs to be done to stop the Ultra Maga Right from killing?” The speculation from the MSM is that we need more squelching speech, banning people from the internet, forcing Big Tech to shadow ban, and further push the FBI to target anyone that doesn’t vote for the left.

They would amplify the issue to fit the Biden administrations narrative that white right wing people are dangerous.

Being that the killer is leftist, he is out of prison in day and the media has 0 interest. This is the core issue of the country. If something significan happens and it could imperil the leftist narrative, it is not news.

You compared bills designed to prevent Communist terrorists to stop traffic on the highway to some guy running down a single person over politics.

Hell, these comrades are still doing it. Antifa tried to murder some old man because he didn’t want to let them stop traffic. They shot at him and thankfully killed one of their own instead. Hopefully he was all sad and in pain before he shit his pants before going to hell.

or maybe nobody cares

or maybe nobody cares

If no one would have cared about George Floyd, two billion dollars in damages and 25 lives could have been saved.