Literally nobody says he’s a right wing troll. He’s obviously not pretending to be right wing at all. He is a left wing troll and pretty decent at it too.

There have been multiple threads about how jacko is really a right winger trolling the left. Only I’ve never seen a liberal wishing death on the man. So who’s really getting trolled here?

@spjackson77 .
Just a question mate. Curious.
Are you pro democrat? Or just a person that dislikes/ loths maga republicans, and likes to throw shit back?

I’m pro the human race. I don’t subscribe to any one specific theory. but I do loathe magas

“After months in the lead, DeSantis trails Crist by 6 points in a poll by The Political Matrix and The Listener Group. If accurate, it would represent a wild swing in the race. A landline poll of likely voters from The Listener Group in June of 2021 showed DeSantis with a nearly double-digit lead over all potential Democratic opponents, meaning the move to ship migrants would have resulted in an almost 16-point shift in the polls.”

BWAHHAHAHAHAHAHAHAHAHAHA!!! This is how the left approaches political debate now… What a joke and a complete admission that they cannot actually make an argument.

what points made exactly in that link to you think are a joke?

Is he paying to fly them back to rebuild Florida after this next hurricane?

And the fact that all the “criminal investigations” your people use to assault and smear political adversaries always start with "legal experts say [insert bullshit legal accusation] COULD, POSSIBLY [insert dire legal ramifications that insure maximum character damage]

And… the fact that it never actually amounts to anything…

If he really wants to make a immigration splash he would target the orange producers who are starting to harvest. It would kill the Orange market but… 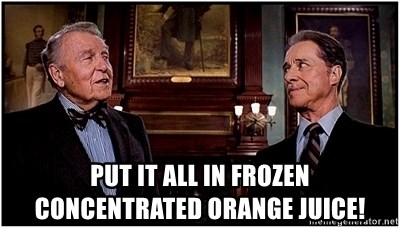 Like with all the other BS “investigations”, he thinks this is going to be the one!!

that’s it, keep pretending like it’s nothing. Just gonna make it that much more hillarious

Uhhhhmmm oranges have not been Florida’s thing for quite some time now. Last year was the lowest production since the twenties. Most of the orange farms left are mechanically harvested soo… no migrant workers needed.

I could say the same thing to you. But it’s been repeated ad nauseam that it’s just old and now funny as fuck at your “they got him now” posts.

because he oWnS ThE LiBS

This is the new lefty saying, which is in itself fucking retarded because you’re basically admitting to what the right says and thinks about you.

Owing the libs means, being exposed for the lying, insane, stupid hypocrites that you are.

So yes, the right likes to “own the libs” at every opportunity, and unfortunately there are a lot of opportunities. The left don’t like that so they try to make it out as some sort of negative thing the right is doing…“How dare they demonstrate how dumb and crazy we are!”…it’s very strange but nothing they do surprises me anymore

Where there’s smoke there’s fire. And there is a shit ton of smoke mounting

How did those turn out again??

This is the new lefty saying, which is in itself fucking retarded