Lesnar favored to beat Fedor but huge dog to JJ 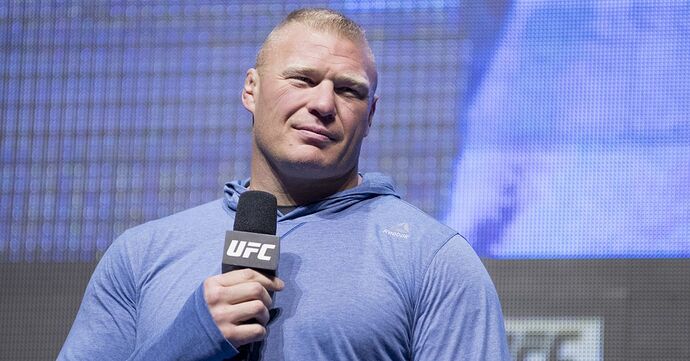 If Brock Lesnar decides to make a return to fighting, he’s got odds available for his opponent as well as two potential matchups with Fedor Emelianenko and Jon Jones.

Brock Lesnar reaching free agency, after failing to come to terms with WWE on a new deal, has led to a lot of speculation about where the 43-year-old former UFC champion might end up.

While a return to professional wrestling still seems most likely after he first made the decision to go back to WWE in 2012 following a loss to Alistair Overeem in the UFC, Lesnar has constantly teased a potential comeback to fighting.

In 2018, Lesnar actually made an appearance at UFC 226 where he had an in cage altercation with Daniel Cormier just seconds after he defeated Stipe Miocic to become heavyweight champion. It appeared Lesnar was going to return to the UFC to face Cormier but he ultimately re-signed a new deal to stay in WWE.

Now rumors are once again flying about Lesnar’s future with the oddsmakers at Bovada taking aim at potential opponents as well as two very popular fights that could involve the former heavyweight king.

At the top of the list is a possible showdown with Jon Jones, which was a fight that Lesnar previously discussed when he was contemplating a return to the UFC. Now Jones has confirmed he’s moving up to heavyweight after vacating his 205-pound title and he would be a massive favorite to beat Lesnar if they ever met.

Based on those odds, Jones would be a whopping 3-to-1 favorite to beat Lesnar in a fight. That means a gambler would have to bet $350 just to win $100 on Jones.

Another hypothetical matchup that’s been discussed is Lesnar taking on former PRIDE champion Fedor Emelianenko after UFC president Dana White previously tried to book that fight several years ago. At the time, Emelianenko was available through free agency and Lesnar was already under contract to the UFC but attempts to book the fight eventually fizzled out.

These days, Emelianenko is under contract to Bellator MMA, and if Lesnar is actually available, that’s another potential matchup that could receive a lot of attention. If that matchup actually happened, Lesnar would be favored to beat Emelianenko in his return.

Lesnar wouldn’t be a huge favorite but it’s still telling that oddsmakers would put him in that position against arguably the greatest heavyweight fighter in MMA history.

In addition to the fight odds, Bovada also listed the odds for Lesnar’s next opponent, which stretched across both fighting and professional wrestling.

Not surprising JJ is 33 and an active Champion

Lesnar just turned 43 and is a retired Champion

On paper JJ should be favored even more IMO. 10 years younger and is an active Champ while the other 2 already retired. These aren't prime HWs anymore. They are just too old now and this is a cash grab.

Much rather see JJ fight a prime LHW like Reyes again or a prime HW like Francis. Let the old dogs fight each other.