Let's GOSSIP About our Women!

What Irritates you about your Women?

My woman isn’t romantic at all. Japanese are not a Romance Race and I’m a Casanova. I just finished reading that Paul Theroux Ghost Train Book and he met up with writer Haruki Murakami in Japan and Murakami complained about how his woman is critical of him and it makes him angry and I have observed this in our Japanese neighbors and others too where the women are not romantic and also likes to criticize their men to domesticate them and it’s really irritating!

if my woman wasn’t so UpperCrust and good at making such culinary creations I would have already replaced her with another strumpet!

Yes, she is, we have candle lit dinners before coitus all the time

if you ask my woman if I’m a Romantic, she will laugh, but it’s her not me! She doesn’t know how to do Romance. If you ask my MexEx’s and others they will sure tell you I was a Casanova! 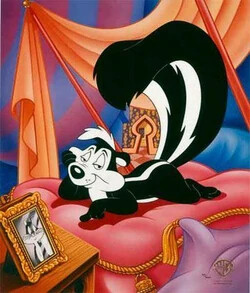 OP sounds like he’s Brendan Fraser in Bedazzled, when he’s the most emotionally sensitive man.

And yes, that’s a 20+ year old reference, but Elizabeth Hurley was hot as hell in that movie

^LOL the Stoic “my Baby he don’t talk much…” Cowboy is always complaining how his women is a CHEATER who doesn’t give him SEX and makes him her Alimony ManSLAVE!

She cooks more than I should eat. She keeps lbs on me!

She cooks more than I should eat. She keeps lbs on me!

I remember Renzo Gracie saying something similar back in the day! Cheers hyestro!

not only do they find my SMART size physically attractive, my GFs have also complimented my handsome voice too!

oh, the strumpets really love it with you use some word like that, I can tell you are a fellow ROMEO!

tonight my woman is making Seafood broth Risotto. Last time she became offended and we had a big disupte because I was critical about her failure in the scallops not being up to par…

women are very emotional and sensitive about crique of their cookery!

tonight I have to manage the scallops…ughhh