As more cities in America legalise the drug, attention has switched to the pungent smell that wafts from the joint itself.

Denver has passed a new “odour ordinance” with a potential $2,000 (£1,247) fine for anyone found guilty of polluting the atmosphere.

The need to draw up standards emerged because of the confusion over the legal position of whether somebody smoking marijuana in their own home could be committing an environmental offence when the smell seeps into the street.

Under the new law an offence is committed if the odour is detectable when the smoke is mixed with seven times the volume of clean air.

The nose telescope – also known as an olfactometer – is the device used to measure the concentration of cannabis in the air.

It has something of a Heath-Robinson appearance with a telescope type device attached to a nosepiece.

However the more sophisticated version of the technology, which also records both the concentration and GPS coordinates of where the offending whiff was recorded costs $3,500 (£2,183).

This does, however, include a subscription to a patented odour tracker programme.

Denver is one of a number of cities across the USA to have legalised pot.

Last week recreational use of the drug was legalised for adults over 21 in Portland, Maine at the other end of the country.

That shit looks hilarious to me. lol.

as long as it remains legal, they can do whatever they want.

lol, would love to fart in one of those things

I can imagine this in squad cars. Shit looks ridiculous

I wonder if the same thing applies to cigarette smoke?

That has definite photoshop potential, lol.

That thing is hilarious. Couldn't they make a little digital screen with a read-out or something??

Don't catch me out on chili night, I'll definitely be testing the fart-filter.

Yes, in order to better investigate odor complaints, Denver Police are using a bizarre-looking nose telescope that quantifies the stinkiness of stinky stinks. The Nasal Ranger Field Olfactometer, designed and manufactured by the family-owned, Minnesota-based business St. Croix Sensory, is actually a rather ingenious device. To function, a dial-operated mixer delivers varying ratios of filtered and full-flavor air to the operator's nose. Meek odors wash out when mixed with small amounts of purified air, while a particularly stinky smell can still remain detectable in a 500:1 mix.

To facilitate its use and application, the ingenious smelloscope offers an ODOR TRACK'R GPS-powered app, storing data from every sniff check to create a stink-map. Perfect for keeping an eye (or a nose) on repeat olfactory offenders.

What a fucking waste of taxpayer money.

This is why our govt is completely fucked.

So lets say somebody who is a decent sized pot head. Smoke maybe 5-8 joints a day?

An average cigarette smoker smokes 20+ a day do they not?


Seems like they can't accept the fact it's legal now.

Only thought these existed in futurama.

g3cko - I wonder if the same thing applies to cigarette smoke?

No kidding. This doesnt make much scents to me.

This is whats known as going full retard. 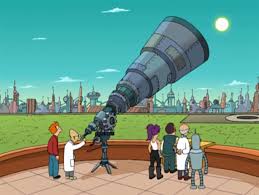